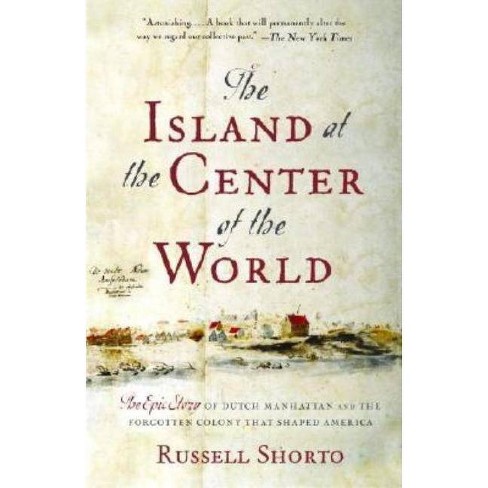 In a landmark work of history, Shorto presents astonishing information on thefounding of our nation and reveals in riveting detail the crucial role of theDutch in making America what it is today.

"Astonishing . . . A book that will permanently alter the way we regard our collective past." --The New York Times

"Literary alchemy. . . . Shorto's exhaustively researched and highly readable book is a stirring re-examination. . . . Brilliant and magisterial narrative history" --Chicago Tribune "Masterly . . . A new foundation myth . . .Shorto writes at all times with passion, verve, nuance and considerable humor." --The New York Times Book Review "Rattlingly well told-a terrific popular history about a past that beautifully illuminates the present." --The Sunday Times [London] "A dramatic, kaleidoscopic and, on the whole, quite wonderful book. . . . This is one of those rare books in the picked-over field of colonial history, a whole new picture, a thrown-open window. . . . [A] full-blooded resurrection of an unfamiliar American patriot." -The New York Observer "Deserves to be a bestseller . . .narratively irresistible, intellectually provocative, historically invaluable" -The Guardian "A spry, informative history. . . . Shorto supplies lucid, comprehensive contexts in which to see the colony's promise and turmoil. . . . [D]elivers the goods with clarity, color and zest." -The Seattle Times

"As Russell Shorto demonstrates in this mesmerizing volume, the story we don't know is even more fascinating than the one we do . . .Historians must now seriously rethink what they previously understand about New York's origins . . ." -The New York Post

"Russell Shorto fires a powerful salvo on the war of words over America's origins . . . he mounts a convincing case [that], in Shorto's words, 'Manhattan is where America began.' Readers . . find themselves absorbed in what can only be described as a plot, revolving around two strong men with conflicting visions of the future of Dutch North America." -America: The National Catholic Weekly "Fascinating. . . . A richly nuanced portrait set against events on the world stage." --Time Out New York "Shorto brings this . . . deeply influential chapter in the city's history to vivid, breathtaking life [with] a talent for enlivening meticulous research and painting on a broad canvas. . . . In elegant, erudite prose, he manages to capture the lives of disparate historical characters, from kings to prostitutes." -Pittsburgh Post-Gazette

"Remarkable. . . . [C]ompulsively interesting. . . . . Shorto argues that during the brief decades of its Dutch colonial existence Manhattan had already found, once and for all, its tumultuously eclectic soul." -New Statesman "Shorto delineates the characters in this nonfiction drama convincingly and compellingly." -Fort Worth Star-Telegram "[An] absorbing, sensual, sometimes bawdy narrative featuring whores, pirates, explorers and scholars. With clarity and panache, Shorto briskly conveys the complex history of the age of exploration." -Times Literary Supplement "Shorto's book makes a convincing case that the Dutch did not merely influence the relatively open, tolerant and multicultural society that became the United States; they made the first and most significant contribution." -American History "Shorto's prose is deliciously rich and witty, and the story he tells-drawing heavily on sources that have only recently come to light-brings one surprise after another. His rediscovery of Adriaen van der Donck, Peter Stuyvesant's nemesis, is fascinating." -Edward G. Burrows, coauthor of Gotham: A History of New York City to 1898, winner of the Pulitzer Prize in History "A landmark work . . .Shorto paints the emotions and attitudes of his characters with a sure hand, and bestows on each a believable, living presence." -The Times (London) "A triumph of scholarship and a rollicking narrative . . . an exciting drama about the roots of America's freedoms." -Walter Isaacson, author of Benjamin Franklin: An American Life

Russell Shorto is the author of five books and is a contributing writer at the The New York Times Magazine. His books have been published in fourteen languages and have won numerous awards. From 2008 to 2013, he was the director of the John Adams Institute in Amsterdam.
If the item details above aren’t accurate or complete, we want to know about it.

The Splendid and the Vile - by Erik Larson

The Fifth Risk - by Michael Lewis

An Owl on Every Post - 3rd Edition by Sanora Babb (Paperback)

Writing from the Center - by Scott Russell Sanders (Paperback)