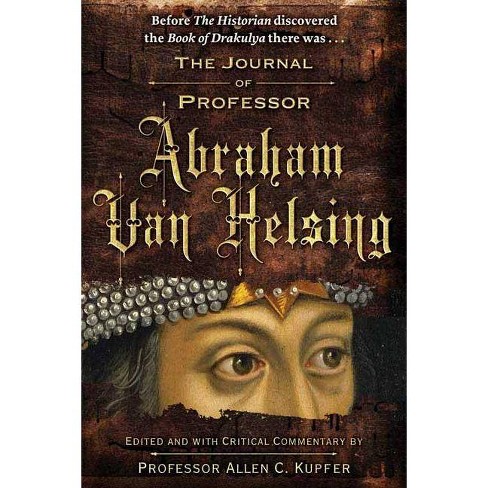 Professor Abraham Van Helsing was the fictional creation of Bram Stoker for his dark work of fantasy Dracula ...or was he?

Fragments of a recently discovered journal suggest otherwise. For the first time, in his own words, the legendary vampire hunter tells his own story
- his background and early years
- his research in Rumania and the Mideast
- his medical work
...and most importantly his discovery of perhaps the greatest threat to man's dominion on earth, vampires. Filled with data to inform, and tips to educate, the journal is more than a study of vampirism. It is also the story of a man's obsession with eradicating the world of its greatest scourge, a dark evil that claimed his wife in its thrall. Working with the textural fragments he inherited from his grandfather, Professor Allen Conrad Kupfer, has managed to piece together the story behind the story that did not begin and end with Bram Stoker's Dracula.
If the item details above aren’t accurate or complete, we want to know about it. Report incorrect product info.