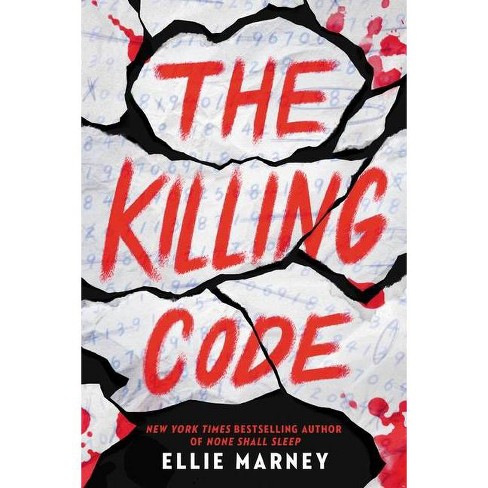 "Kit Sutherland moves to Washington, DC, to work as a codebreaker at Arlington Hall, but when she stumbles onto a bloody homicide scene, she joins forces with other female codebreakers to find the person killing government girls"--

A historical mystery about a girl who risks everything to track down a vicious serial killer--for fans of The Enigma Game and Last Night at the Telegraph Club. Virginia, 1943: World War II is raging in Europe and on the Pacific front when Kit Sutherland is recruited to help the war effort as a codebreaker at Arlington Hall, a former girls' college now serving as the site of a secret US Signal Intelligence facility. But Kit is soon involved in another kind of fight: government girls are being brutally murdered in Washington DC, and when Kit stumbles onto a bloody homicide scene, she is drawn into the hunt for the killer. To find the man responsible for the gruesome murders and bring him to justice, Kit joins forces with other female codebreakers at Arlington Hall--gossip queen Dottie Crockford, sharp-tongued intelligence maven Moya Kershaw, and cleverly resourceful Violet DuLac from the segregated codebreaking unit. But as the girls begin to work together and develop friendships--and romance--that they never expected, two things begin to come clear: the murderer they're hunting is closing in on them...and Kit is hiding a dangerous secret.

Praise for None Shall Sleep: "A YA Silence of the Lambs that blew me away with its daring premise, gripped me with its twists and turns, and kept me up all night until its stunning conclusion. Ellie Marney brings the serial killer thriller to YA with riveting suspense and sizzling style. Don't read this book in the dark!"--C.S. Pacat, USA Today bestselling author of Fence

"Marney (Circus of Arts) has created a thrilling cat-and-mouse story in this taut, Silence of the Lambs-like thriller.... Marney also skillfully creates engaging and complex characters as well as a budding romance that tenderly juxtaposes the overarching plot."--Publishers Weekly

"A nifty whodunit, a strong focus on friendship, and an empowering queer romance."--Kirkus Reviews

Ellie Marney is an New York Times bestselling author of crime thrillers. Her titles include the Aurealis-winning None Shall Sleep, White Night, the Every series and the companion novel No Limits, and the Circus Hearts series. Her books are published in ten countries, and have been optioned for television. She's spent a lifetime researching in mortuaries, talking to autopsy specialists, and asking former spies about how to make explosives from household items, and now she lives quite sedately in southeastern Australia with her family. Her latest book is The Killing Code, an intense mystery about female codebreakers hunting a serial killer against a backdrop of 1940s wartime Washington DC. You can find out more about Ellie and her books at www.elliemarney.com or online @elliemarney.
If the item details above aren’t accurate or complete, we want to know about it.

None Shall Sleep - by Ellie Marney

The Loneliest Girl in the Universe - by Lauren James (Hardcover)

Up All Night - by Laura Silverman

None Shall Sleep - by Ellie Marney