The Kindred - by Alechia Dow 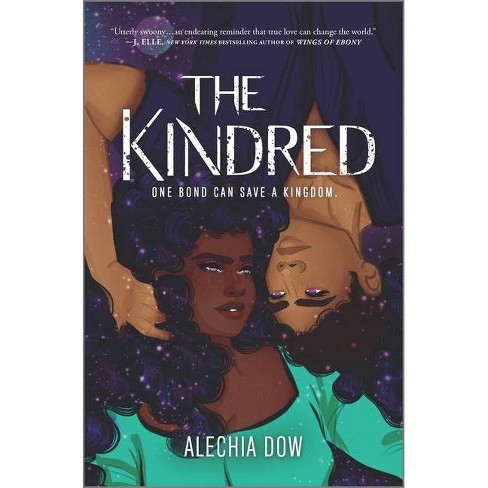 To save a galactic kingdom from revolution, Kindred mind-pairings were created to ensure each and every person would be seen and heard, no matter how rich or poor...

Joy Abara knows her place. A commoner from the lowly planet Hali, she lives a simple life--apart from the notoriety that being Kindred to the nobility's most infamous playboy brings.

Duke Felix Hamdi has a plan. He will exasperate his noble family to the point that they agree to let him choose his own future and finally meet his Kindred face-to-face.

Then the royal family is assassinated, putting Felix next in line for the throne...and accused of the murders. Someone will stop at nothing until he's dead, which means they'll target Joy, too. Meeting in person for the first time as they steal a spacecraft and flee amid chaos might not be ideal...and neither is crash-landing on the strange backward planet called Earth. But hiding might just be the perfect way to discover the true strength of the Kindred bond and expose a scandal--and a love--that may decide the future of a galaxy.

"With a stellar blend of rip-roaring action and electrifying romance, The Kindred will keep your heart pounding from cover to cover. Truly, a starry-eyed tale sure to capture readers from all across the universe." --Ayana Gray, author of Beasts of Prey
"Breathtaking in both action and romance, I couldn't turn the pages of The Kindred fast enough!" --Beth Revis, New York Times bestselling author of Across the Universe and Star Wars: Rebel Rising
"Sweetly romantic with a unique voice, The Kindred expands Dow's universe while asking us to confront our own." --Lora Beth Johnson, author of Goddess in the Machine "A lush, emotion-packed adventure about what it means to be truly connected to the world around you." --Eric Smith, author of Don't Read the Comments "A romantic, technicolor space fantasy that will sweep you off your feet and into the stars," --Rebecca Coffindaffer, author of Crownchasers