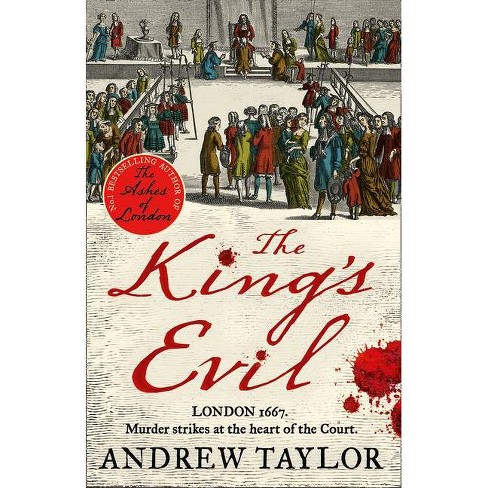 $16.99
new at target¬
0 out of 5 stars with 0 reviews
be the first!be the first! ratings
Help us improve this page

From the No.1 bestselling author of The Ashes of London and The Fire Court comes the next book in the phenomenally successful series following James Marwood at the time of King Charles II.A royal scandal that could change the face of England forever...

London 1667. In the Court of Charles II, it's a dangerous time to be alive - a wrong move may lead to disgrace, exile or death. The discovery of a body at Clarendon House, the palatial home of one of the highest courtiers in the land, could therefore have catastrophic consequences.

James Marwood, a traitor's son, is ordered to cover up the murder. But the dead man is Edward Alderley, the cousin of one of Marwood's acquaintances. Cat Lovett had every reason to want her cousin dead. Since his murder, she has vanished, and all the evidence points to her as the killer.

Marwood is determined to clear Cat's name and discover who really killed Alderley. But time is running out for everyone. If he makes a mistake, it could threaten not only the government but the King himself...

'One of the best historical crime writers today' The Times

'This is historical crime fiction at its dazzling best' Guardian

'One of the best historical novelists around' Sunday Times

'A breathtakingly ambitious picture of an era' Financial Times

'A masterclass in writing for the genre' Ann Cleeves

'Andrew Taylor is one of our finest storytellers' Antonia Hodgson

'A novel filled with intrigue, duplicity, scandal and betrayal, whose author now vies with another master of the genre, C. J. Sansom' Spectator

'A most artful and delightful book, that will both amuse and chill' Daily Telegraph