The Knight in History - (Medieval Life) by Frances Gies (Paperback) 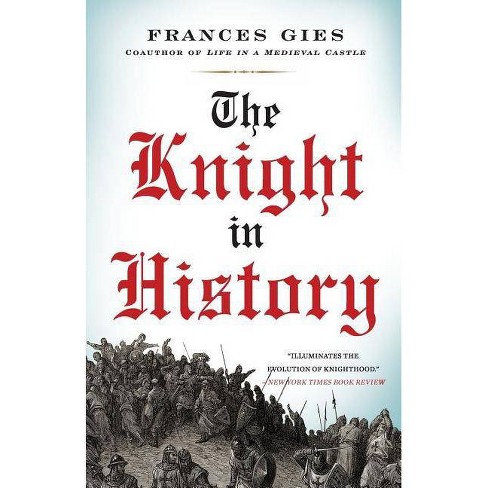 One of the most enduring images associated with the Middle Ages is that of a knight in armor. Thanks in part to the popular legends associated with King Arthur and his Round Table, many myths and misconceptions about knighthood have been passed down through the ages. Frances Gies separates fact from fiction and reveals the true history of medieval knighthood in The Knight in History.

Gies examines the institution of knighthood in Europe, from its beginnings in France during the ninth or tenth century to its decay in the face of new social forces as the Middle Ages began to give way to the Renaissance. From the Crusades to the Knights Templar, from the concept of chivalry to the role of knights in maintaining a feudal society, The Knight in History is a comprehensive look at an iconic figure whose influence on society can still be felt today. Frances Gies and her husband Joseph have been writing books about medieval history for thirty years. Together and separately, they are the authors of more than twenty books, including Life in a Medieval City, Life in a Medieval Castle, Life in a Medieval Village, The Knight in History, and Cathedral, Forge, and Waterwheel. They live near Ann Arbor, Michigan. "A carefully researched, concise, readable, and entertaining account of an institution that remains a part of the Western imagination." -- Los Angeles Times--Washington Post
If the item details above aren’t accurate or complete, we want to know about it. Report incorrect product info.