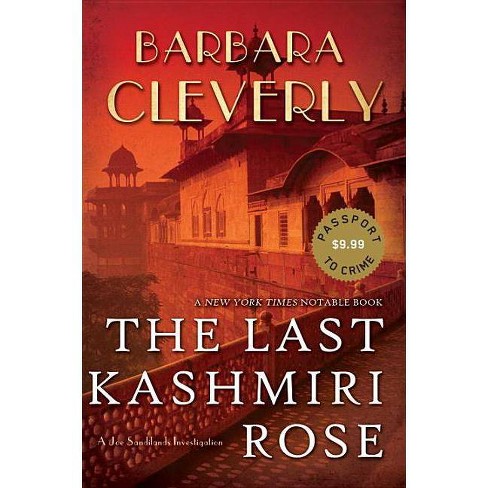 $9.89
MSRP$9.99
undefined out of 5 stars with 0 reviews
be the first!be the first! ratings
Help us improve this page

Praise for The Last Kashmiri Rose In her spellbinding debut mystery, The Last Kashmiri Rose, Barbara Cleverly evokes both the enchantments and the dangers of India during the convulsive later days of the Raj.
--The New York Times Book Review Has just about everything: a fresh, beautifully realized exotic setting; a strong, confident protagonist; a poignant love story; and an exquisitely complex plot.
--The Denver Post

In an impressive debut, British author Cleverly weaves an engrossing tale of serial murder and the impending decline of the British Empire into a well-written fair-play mystery set in 1920s India.
--Publishers Weekly The splendor, beauty and politics of the last days of the Raj come brilliantly to life in The Last Kashmiri Rose. All the characters, Indian and British, are fully fleshed out, and Ms. Cleverly is also a dazzling plotter, with talent to rival the grand masters of the genre.
--Romantic Times
If the item details above aren’t accurate or complete, we want to know about it. Report incorrect product info.