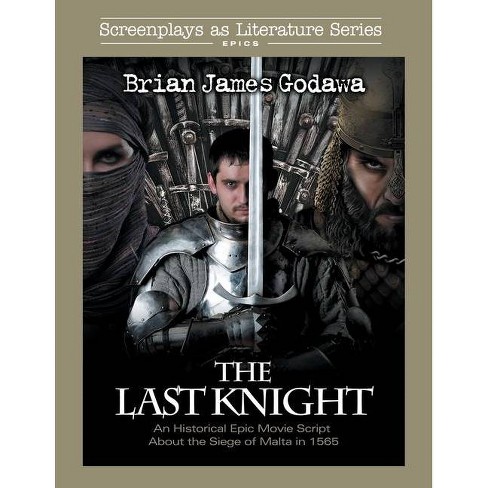 A clash of civilizations. All the world at stake. So help them, God.

An historical epic movie script about the true story of the Siege of Malta in 1565.

It's the end of the Middle Ages, the Crusades have failed, and the Inquisition spreads its cruelty in the West as Islamic jihad expands in the East.

The last remaining English knight escapes persecution in England and arrives on a small island, the secluded outpost of his dying Order, the Hospitaller Knights of Malta.

He discovers the island is about to be attacked by the Turkish Ottoman Empire as a beachhead from which to invade Europe and conquer the Western World.

And no one in all of Europe is going to help them.

The Last Knight is an historical epic story of war, romance and redemption, Muslim Jihad vs. Christian Crusade. It's about the conflict of religions and the modern world, and one man's quest for truth in a time of intolerance.

Read the script. Imagine the movie

Screenplays as Literature Series are movie scripts published for readers to enjoy concise storytelling with a twist. Scripts are blueprints for producing films. Longer than a short story. Shorter than a novel. You'll learn how to read a script so you can watch the movie in your mind as you read the story on the page.