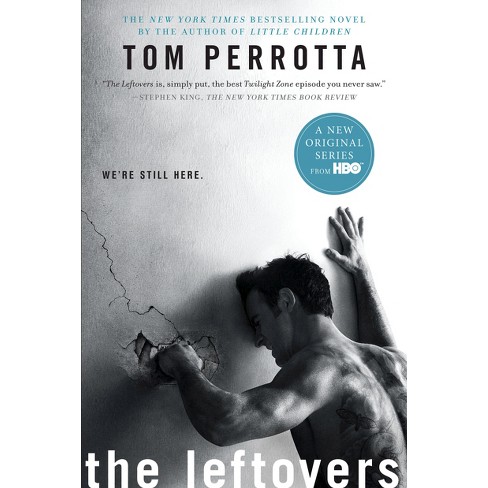 A startling, thought-provoking novel about love, connection, and loss from The New York Times bestselling author of The Abstinence Teacher and Little Children

What if--whoosh, right now, with no explanation--a number of us simply vanished? Would some of us collapse? Would others of us go on, one foot in front of the other, as we did before the world turned upside down? That's what the bewildered citizens of Mapleton, who lost many of their neighbors, friends and lovers in the event known as the Sudden Departure, have to figure out. Because nothing has been the same since it happened--not marriages, not friendships, not even the relationships between parents and children.
Kevin Garvey, Mapleton's new mayor, wants to speed up the healing process, to bring a sense of renewed hope and purpose to his traumatized community. Kevin's own family has fallen apart in the wake of the disaster: his wife, Laurie, has left to join the Guilty Remnant, a homegrown cult whose members take a vow of silence; his son, Tom, is gone, too, dropping out of college to follow a sketchy prophet named Holy Wayne. Only Kevin's teenaged daughter, Jill, remains, and she's definitely not the sweet A student she used to be. Kevin wants to help her, but he's distracted by his growing relationship with Nora Durst, a woman who lost her entire family on October 14th and is still reeling from the tragedy, even as she struggles to move beyond it and make a new start. With heart, intelligence and a rare ability to illuminate the struggles inherent in ordinary lives, Tom Perrotta's The Leftovers is a startling, thought-provoking novel about love, connection and loss.

"I found this such a compelling, unforgettable read. Absolutely loved it." --Liane Moriarty, BookBub

"[Perrotta's] most mature, absorbing novel, one that confirms his development from a funnyman to a daring chronicler of our most profound anxieties and human desires...Leavened with humor and tinged with creepiness, this insightful novel draws us into some very dark corners of the human psyche." --Washington Post "[Perrotta's] most ambitious book to date....The premise is as simple as it is startling (certainly for the characters involved). The novel is filled with those who have changed their lives radically or discovered something crucial about themselves, as radical upheaval generates a variety of coping mechanisms. Though the tone is more comic than tragic, it is mainly empathic, never drawing a distinction between good and bad characters, but recognizing all as merely human--ordinary people dealing with an extraordinary situation." --Kirkus Reviews (starred) "Ever since Little Children, Tom Perrotta has been a master chronicler of suburban ennui, but he takes things to a new level with his wry, insightful, unputdownable novel The Leftovers...Profoundly entertaining...The Leftovers brims with joy, hilarity, tenderness and hope." --Marie Claire "An engrossing read." --People "The Leftovers is sort of an Our Town for End Times. Tom Perrotta, our Balzac of the burbs, has come up with a wild premise for his engaging, entertaining new novel. Suddenly, a huge number of people vanish from this earth. The only explanation is that The Rapture has occurred...He narrows his affectionate and gently satiric focus to the middle-American village of Mapleton and shows us a bunch of folks trying to get on with their lives...The novel intertwines these stories at a graceful pace in prose so affable that the pages keep turning without hesitation. With Perrotta at the controls, you buy the set-up and sit back as he takes off." --Chicago Sun Times "Perrotta combines absurd circumstance and authentic characters to wondrous effect, turning his story into a vivid exploration of what we believe, what matters most, and how, if untethered, we move on...Perrotta treats his characters with sympathy and invites the reader to do the same." --Seattle Times "In his provocative new novel Tom Perrotta dives straight into our unease...it's a gentle, Perrotta-esque go at sci-fi, without any mangled bodies or bombed-out buildings; it's a realistic novel built on a supernatural foundation." --Boston Globe "Perrotta's gift is his ability to infuse satire with warmth, to find significance in the absurd. It's easy to mock extreme forms of religious expression. It's harder to find their meaning and application. Perrotta does both in this rich and oddly reassuring read." --More Magazine "The best book about the Rapture since the New Testament." --The Bullseye in Entertainment Weekly "Start with what the author calls a Rapture-like phenomenon, mix in some suburban angst, and poof: All other apocalyptic fiction gets blown away." --O, The Oprah Magazine (selected as one of the Best Fiction titles of 2011)

TOM PERROTTA is the author of several works of fiction, including The Wishbones and Joe College. His novels Election and Little Children were made into acclaimed and award-winning movies. He lives outside of Boston, Massachusetts.
If the item details above aren’t accurate or complete, we want to know about it. Report incorrect product info.