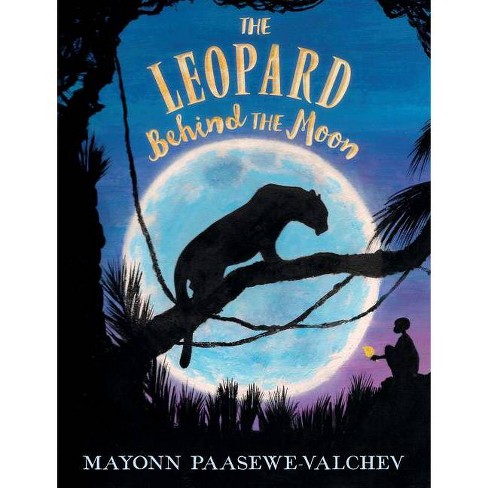 Ezomo chases after the leopard he believes killed his father, which leads him and his two friends to open the forbidden magical door that protects their village.

No one knows what lies beyond the magical village door, but Ezomo is determined to find out. Mayonn Paasewe-Valchev's debut is an unforgettable coming-of-age story about friendship, family, and long-standing traditions. The power of storytelling comes to life in this novel perfect for fans of Erin Entrada Kelly, Tracey Baptiste, and Tae Keller.

There are three important laws in Ezomo's village: Do not go to The Valley, do not go out at night, and never, ever, ever open the magical door that protects them all. But when Ezomo encounters the leopard believed to have killed his father, he and his two best friends embark on a journey that leads them past the boundaries set by their elders.

With his friends by his side, Ezomo chases after the leopard, certain that it has the power to cure all. But in the process, he discovers the truth about his village. And that cautionary tales exist for a reason.

"A boy and his best friends embark on a pilgrimage that delivers bittersweet life lessons in a richly rendered, West African-inspired world. . . . Paasewe-Valchev's prose is captivating, smooth, and poetic in its delivery of this fresh and layered narrative. With well-timed, fluid pacing, this novel masterfully deals with themes of friendship, family, loss, and hope. Readers will be engrossed from start to finish. A beautifully rendered coming-of-age story." -- Kirkus Reviews (starred review)

"[A] wondrous tale of the village of Sesa, the unusual boy who lives there--and magic enough to change them both. . . . Combining adventure, cautionary tale, and folklore, the narrative includes many side stories and intertwined histories. . . . Making use of many characteristics found in West African oral traditions (call and response, repetition, proverbs, etc.), this tale is a joy to read both silently and aloud." -- Horn Book Magazine

What's Behind the Words? - by Ron Lemco (Paperback)

The People Behind the People - by Kayla Lebovits (Paperback)