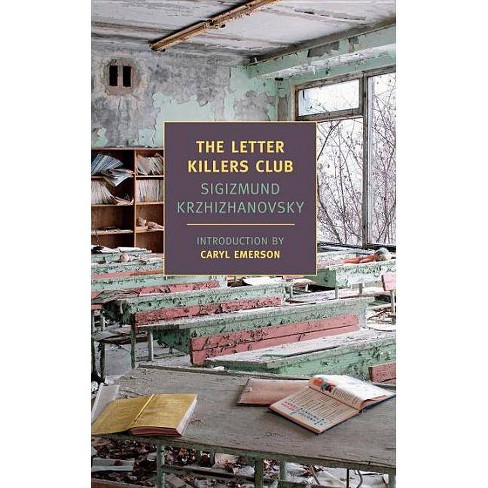 $11.99
MSRP$14.95
no reviews yet
be the first!be the first! ratings
Shipping
Free standard shipping with RedCard
Loading, please wait...
Help us improve this page

Sigizmund Krzhizhanovsky (1887-1950), the Ukrainian-born son of Polish emigrants, studied law and classical philology at Kiev University. After graduation and two summers spent exploring Europe, he was obliged to clerk for an attorney. A sinecure, the job allowed him to devote most of his time to literature and his own writing. In 1920, he began lecturing in Kiev on theater and music. The lectures continued in Moscow, where he moved in 1922, by then well known in literary circles. Lodged in a cell-like room on the Arbat, Krzhizhanovsky wrote steadily for close to two decades. His philosophical and phantasmagorical fictions ignored injunctions to portray the Soviet state in a positive light. Three separate efforts to print collections were quashed by the censors, a fourth by World War II . Not until 1989 could his work begin to be published. Like Poe, Krzhizhanovsky takes us to the edge of the abyss and forces us to look into it. "I am interested," he said, "not in the arithmetic, but in the algebra of life." Joanne Turnbull's translations from Russian in collaboration with Nikolai Formozov include Sigizmund Krzhizhanovsky's Memories of the Future (NYRB Classics), short-listed for the Best Translated Book Award. Caryl Emerson is the A. Watson Armour III University Professor of Slavic Languages and Literatures at Princeton University.
If the item details above aren’t accurate or complete, we want to know about it. Report incorrect product info.