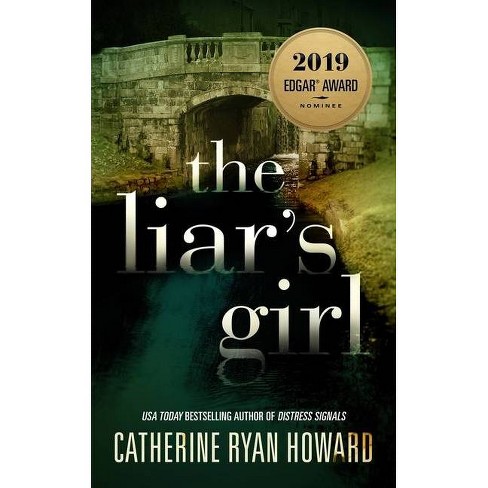 "Will Hurley was an attractive, charming, and impressive student at Dublin's elite St. John's College--and Ireland's most prolific serial killer. Having stalked his five young victims, he drowned them in the muddy waters of the Grand Canal. Sentenced to life imprisonment when he was just nineteen, Will is locked away in the city's Central Psychiatric Hospital. Freshman Alison Smith [had] moved to the Big Smoke to enroll in St. John's and soon [had fallen] hard for Will Hurley. Her world bloomed--and then imploded when Liz, her best friend, became the latest victim of the Canal Killer--and the Canal Killer turned out to be the boy who'd been sleeping in her bed"--

Will Hurley was an attractive, charming, and impressive student at Dublin's elite St. John's College--and Ireland's most prolific serial killer. Having stalked his five young victims, he drowned them in the muddy waters of the Grand Canal. Sentenced to life imprisonment when he was just nineteen, Will is locked away in the city's Central Psychiatric Hospital.

Freshman Alison Smith moved to the Big Smoke to enroll in St. John's and soon fell hard for Will Hurley. Her world bloomed ... and then imploded when Liz, her best friend, became the latest victim of the Canal Killer--and the Canal Killer turned out to be the boy who'd been sleeping in her bed. Alison fled to the Netherlands and, in ten years, has never once looked back.

When a young woman's body is found in the Grand Canal, Garda detectives visit Will to see if he can assist them in solving what looks like a copycat killing. Instead, Will tells them he has something new to confess--but there's only one person he's prepared to confess it to.

The last thing Alison wants is to be pulled back into the past she's worked so hard to leave behind. Reluctantly, she returns to the city she hasn't set foot in for more than a decade to face the man who murdered the woman she was supposed to become.

Only to discover that, until now, Will has left out the worst part of all ...

"The Liar's Girl takes us back to the canals of Dublin in a story packed with psychological trickery and playing on the theme of the bad boy, and a very bad boy indeed. What do you do when you realize your boyfriend is a killer?"

"The Liar's Girl is a haunting thriller about one woman's attempt to escape a horrific past...and her inability to fully do so. I found myself continually surprised and even shocked by the twists and turns in the plot. This is a fast-moving, crackling good novel."

"The Liar's Girl is an addictive page-turner that asks, would you stand by someone you loved if he was accused of murder? The set-up is horribly believable as we toggle between the past and present lives of two adults reconciling themselves to the consequences of their teenage immaturity. Catherine Ryan Howard ladles out the suspense like spoonfuls of sugar, building to a heady rush of tension--and a heartbreaking final twist in the tale."

-- "Jo Furniss, author of the bestselling All the Little Children"

"[As] three accomplished Irish narrators present the story...Alana Kerr Collins portrays a fractured but resolute Alison...Listeners hear her nervous, reluctant voice and her anxiety about opening old wounds. Alan Smyth and Gary Furlong bring to life a mad murderer, the imprisoned boyfriend, a likable police detective, and other characters, using voices that sound genuine and natural. The multiple perspectives fill out the narrative of this engrossing psychological suspense."

"[A] sophisticated psychological thriller...Howard's portrait of Alison as a bright girl full of hope starkly contrasts that of the woman whose light has been dimmed by tragedy. The exploration of the characters' inner lives--their jealousy, guilt, misguided chivalry--is as riveting as the crime."

"[In] this exceptional thriller...Howard keeps the reader turning the pages right through to the shocking and satisfying resolution."

"A meticulous, devious plot, superb writing, and vivid, sympathetic characters would be enough to make The Liar's Girl a stand-out read, but its dark, sad, inevitable ending makes it a triumph."

"A twisty read in which the tragedies extend beyond the murders. Has a man's life been ruined by a crime he did not commit? If so, why did he confess?"

"A very satisfying and twisty tale."

"Although Howard meanders a bit through the streets and shops and pubs of Cork and Dublin, she picks up the pace when it most matters--and tosses a lovely curveball at the end, too."

"An absolute belter of a book...[A] stand-out book in the thriller genre. Real and sympathetic characters, a flawlessly paced plot, and a genuinely original premise. I finished it at 2:00 a.m. last night, my heart pounding!"

"Catherine Ryan Howard is such a skilled storyteller--every setting was evocative, every hook well-placed, every twist expertly timed. I flew through it! Astonishingly good."

"Howard toggles smoothly between past and present and between Alison and the perpetrator, revealing the extent of the lies only in the final pages. Another impressive writer to watch in the thriller genre."

"Read The Liar's Girl with the lights on. A thrilling whodunit with a shocking final twist."

"Slick, smart, and stylish suspense. Characters so real I felt I knew them personally, a plot so taut it squeaked, and deeply poignant nods to the loss of innocence that every teenager craves and despairs. Really clever."

"The author grabs the reader by the scruff of the neck and she never lets go. She transforms Dublin into a sinister city of shadows, building the tension until breaking point...The plotting is faultless and the writing assured. Catherine Ryan Howard is as good as the early Val McDermid."

"The convergence of survivor guilt, emotional insecurity, naiveté, and strange coincidences that bridge the past and present make this a taut psychological crime thriller from a young Irish writer who bears watching."

"This may just be the best book I have ever read! Howard writes an amazingly terrifying story of how one small lie can change the course of your entire life and those around you. I simply cannot say enough good things about this book, it left me utterly speechless!"

-- "TheBindingThread (5/5 stars)"
If the item details above aren’t accurate or complete, we want to know about it. Report incorrect product info.