The Lines - by Anthony Varallo (Paperback) 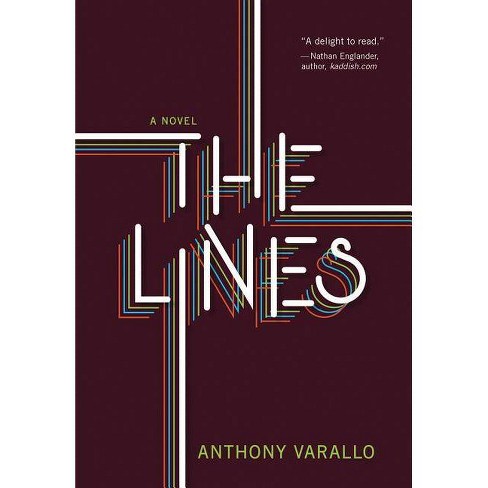 $12.89
no reviews yet
be the first!be the first! ratings
Shipping
Free standard shipping with RedCard
Loading, please wait...
Help us improve this page

STARRED REVIEW: Against the backdrop of the 1970s gasoline crisis, members of a mid-Atlantic family identified only as the father, the mother, the boy, and the girl struggle with separation and its attendant fears in this debut novel. "When things separate, they double," the kids discover after their distant father moves into his own apartment and, soon enough, begins sharing it with a waitress from a local restaurant. Suddenly, the boy and girl have two homes, two mother figures, and two beds. (The boy, exceptionally bright for a 7-year-old, thinks he dreams differently in the full-size than in the twin.) When their overwhelmed mother becomes involved with a drab man named Cliff, the boy and his nearly 10-year-old sister have Marcus, Cliff's spouting-off adolescent son, to contend with. Quietly unsettling details accrue: The sleepless girl hears repetitions of "how? how? how?" in her brother's oscillating room fan; the boy hears car crashes outside his bedroom window a year after two teens in the area died in an accident; the children's margarita-drinking Florida grandmother tosses off casually hurtful remarks. A master of narrative control, Varallo (Everyone Was There, 2017, etc.) creates the kind of page-turning suspense you don't expect in a book like this. Potential dangers abound: the creepy guy on the bicycle the girl keeps spotting; the gas-powered mower the boy teaches himself to use, on his own; Marcus' fondness for setting things on fire. The resilient children will emerge wiser and stronger from their ordeals. That likely won't be the case with their misguided parents, who don't know how to stop running on empty. A darkly cutting investigation of dysfunction in which the kids, more often than not, are way sharper than the parents.

-- (06/17/2019)
If the item details above aren’t accurate or complete, we want to know about it. Report incorrect product info.