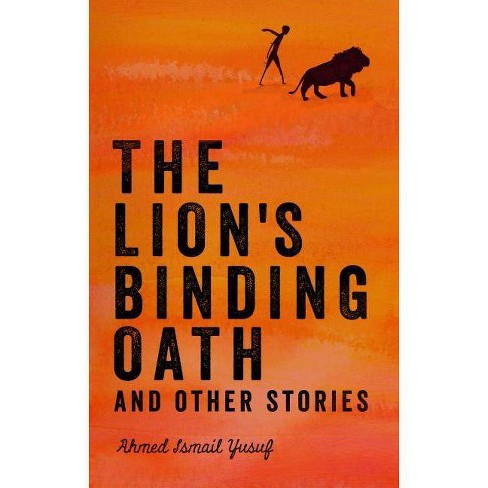 $12.29
MSRP$15.95
no reviews yet
be the first!be the first! ratings
Shipping
Free standard shipping with RedCard
Loading, please wait...
Help us improve this page

Religious and ethnic conflict may be the Horn of Africa's most enduring recent legacy. But beneath its recent history of war and displacement lies human stories--families, clans, lovers, neighbors, and friends, all bound together through common cultural, religious, and historical ties.

The Lion's Binding Oath, Ahmed Ismail Yusuf's collection of short stories, introduces readers to the people of Somalia and their struggles: their humanity, faith, identity, friendship, and family bonds, as whispers of war grow louder around them. Through stories that span the years before and during Somali's civil war, Yusuf weaves together Somalia's political, social, and religious conflicts with portrayals of the country's love of poetry, music, and soccer.

Yusuf's collection is a powerful examination of love and resilience in a country torn apart by war, and written with deep compassion for the lives of its characters.

Ahmed Ismail Yusuf has lived in Minneapolis since fleeing Somalia in the late 80s. He did not speak English when he arrived, he was a high-school dropout, and he was not sure what his actual age was. Today he has two college degrees and is the author of Somalis in Minnesota, published by the Minnesota Historical Society Press. In 2017, The History Theatre of St. Paul, Minnesota produced his short play, "A Crack in the Sky," a memoir about how Yusuf found inspiration in Maya Angelou and Muhammad Ali during his early days as an immigrant to the U.S.
If the item details above aren’t accurate or complete, we want to know about it. Report incorrect product info.