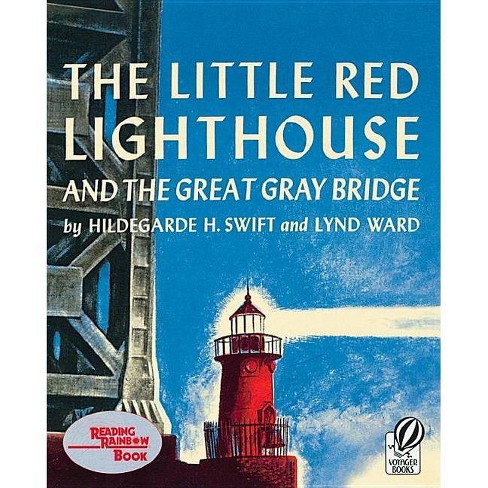 Lighting up readers' hearts and imaginations since it was first published in 1942, this is the story about a lighthouse that stands near the George Washington Bridge in New York City. Full color.

Lighting up readers' hearts and imaginations since it was first published in 1942.

There is just enough humanizing in the pictures--the intimation of a face on the tower, fog forming a grasping hand--to maintain the human spirit of the story and lead to its message: 'Each to his own place, little brother.' --New York Herald Tribune

Such a picture-story book as Mrs. Swift and Mr. Ward have made between them will not only be deeply enjoyed by boys and girls ... but will help to cultivate in them the seeing eye, and make them sensitive to the beauty which they can so easily find around them. --The New York Times
--

HILDEGARDE H. SWIFT (1890-1977) wrote several books for children. Best known for The Railroad to Freedom, which was cited for a Newbery Honor, Ms. Swift spent her life recording the lives of heroic Americans. The Little Red Lighthouse and the Great Gray Bridge is her most popular picture book. LYND WARD (1905-1985) illustrated more than two hundred books for children and adults throughout his prolific career. Winner of the Caldecott Medal for his watercolors in The Biggest Bear, Mr. Ward was also famous for his wood engravings, which are featured in museum collections throughout the United States and abroad.
If the item details above aren’t accurate or complete, we want to know about it. Report incorrect product info.