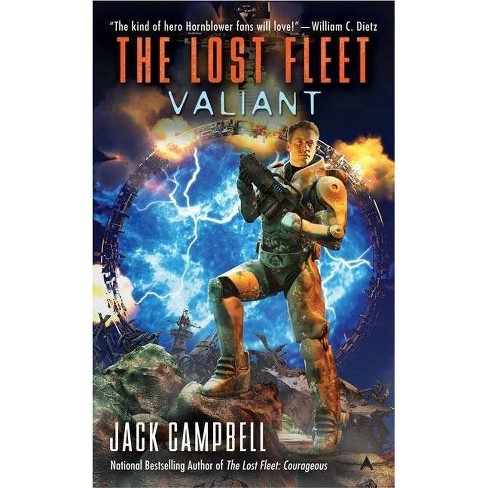 In this fourth installment, Black Jack Geary has ordered his fleet back to the Lakota Star System, where the Syndics nearly destroyed them. It's a desperate gamble that may give them a fighting chance of survival--or tear them apart. Original.

Legendary war hero Captain "Black Jack" Geary fights to stay ahead of his enemies in the fourth novel in Jack Campbell's New York Times bestselling military science fiction series. Deep within Syndicate World space, the Alliance fleet continues its dangerous journey home under the command of Captain John "Black Jack" Geary--revived after a century spent in suspended animation. Geary's victories over the enemy have earned both the respect--and the envy--of his fellow officers... Geary has made many risky decisions as commander of the Alliance fleet, but ordering them back to the Lakota Star System where the Syndics nearly destroyed them has his officers questioning his sanity. It's a desperate gamble that may buy the fleet just enough time to prepare for the Syndics' inevitable return. Even as he struggles to give the fleet a fighting chance at survival, Geary faces dissent from within. An unknown number of officers want a change of command, but Geary knows that the Alliance fleet must stand together, or else the Syndic forces will tear them apart...

Jack Campbell is the pseudonym for John G. Hemry, a retired Naval officer (and graduate of the U.S. Naval Academy in Annapolis). As Jack Campbell, he writes The Lost Fleet series of military science fiction novels. He lives with his family in Maryland.
If the item details above aren’t accurate or complete, we want to know about it. Report incorrect product info.