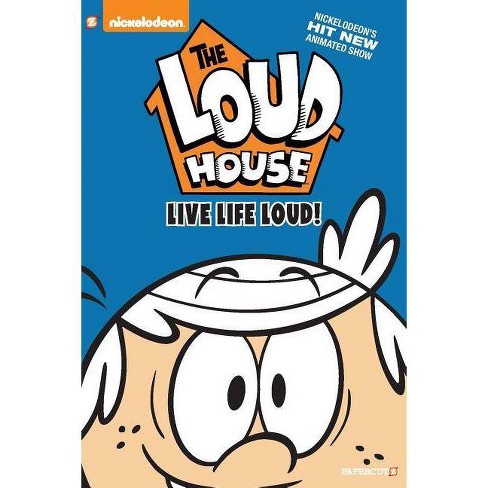 Lincoln Loud and his ten sisters, Leni, Lori, Luna, Luan, Lynn, Lucy, Lana, Lola, Lisa, and Lily, live life Loud in all-new comics created by THE LOUD HOUSE animation crew! You'll laugh as they navigate the ins and outs of life in a big family--from science experiments to baby pictures! But that's not all...

Since moving to the Big City (and away the The Louds and Royal Woods), things have changed for Bobby Santiago and Ronnie Anne. Now they're livin' la vida loca--helping out at the bodega and sharing a house with their abuelos and the whole Casagrande family!

CHRIS SAVINO began his career in the animation industry on April 9, 1991 and has worked for Spümcø, Joe Murray Studio, Nickelodeon Animation Studios, Hanna-Barbera, Cartoon Network Studios, and Disney Television Animation. He is currently planning a live-action short called Bigfoot & Gray: On the Run and an animated film called Adventures in Milk. He is the creator of THE LOUD HOUSE, the #1 animated show on Nickelodeon.
If the item details above aren’t accurate or complete, we want to know about it. Report incorrect product info.