The Makings of a Nobody - by Ann Z Leventhal (Paperback) 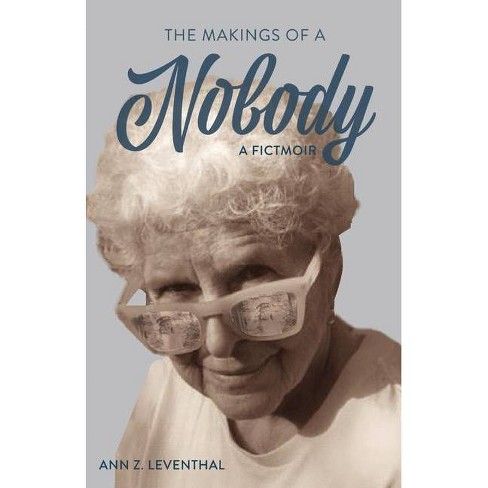 In this surprising memoir mixed with fiction, author Ann Z. Leventhal covers 50 years of a complicated life that includes marriage (first to a lawyer and then to a judge), raising four children, encountering second wave feminism, enjoying a love affair with a feminist scholar, surviving the death of a son, twice undergoing cancer, and persisting. In writing openly about her experiences, Leventhal exposes and celebrates her continuing invisibility with delicious bite and humor.

How does somebody get to be a nobody? Influenced by the Women's Movement, in this memoir mixed with fiction the writer Ann Z. Leventhal reveals from her own and other people's points of view how an ordinary New York Jew married a lawyer, gave birth four times, overcame a diagnosis of epilepsy and depression, forged a bond with a cousin who once disliked her, enjoyed a love affair with a feminist scholar, benefitted from psychotherapy, freaked out her children, coped with sexism, attracted a genius, came to terms with her parents, survived her oldest son's suicide, communicated with her late husband, acquired a second spouse, outlasted his daughter's hostility, recovered from breast cancer, turned to teaching, bested a scammer, and triumphantly stuck around long enough to expose and celebrate her own invisibility.