The Mark - (Left Behind) by Tim LaHaye & Jerry B Jenkins (Paperback) 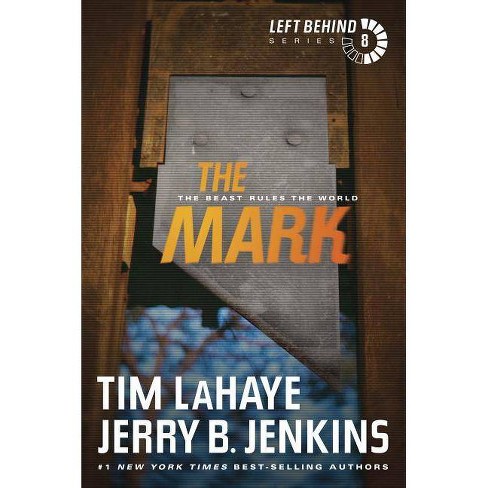 The eighth volume in the bestselling "Left Behind" series is now available ina large print edition.

Book 8 in the 12-book series that has sold over 63 million copies!

The Mark: The Beast Rules the World
His Excellency Global Community Potentate Nicolae Carpathia is back, this time as Satan. Resurrected and indwelt by the devil himself, the beast tightens his grip as ruler of the world. Terror comes to believers in Greece as they are among the first to face a GC loyalty mark application site. The gloves are off, as the forces of good and evil begin a battle for the very souls of men and women around the globe.

The events set in motion by the Rapture take a deeply disturbing turn when satanic Global Community leader Nicolae Carpathia, recently assassinated, returns to life. He erects statues of himself in every city and demands that all people be branded with a permanent loyalty mark. Those who refuse face ghastly execution, and Christ-followers are targeted for obliteration.

Rayford Steele, Buck Williams, and the other Tribulation Force operatives rally their forces to combat this new onslaught. Will the young spy within Global Community headquarters prove trustworthy? Will the Trib Force's daring escape plan succeed, or will they go down in flames?

The Mark is #8 in the phenomenal New York Times best-selling Left Behind series that rocked the publishing world and made millions think seriously about the future and their places in it.