The Marvelous Arithmetics of Distance - by Audre Lorde (Paperback) 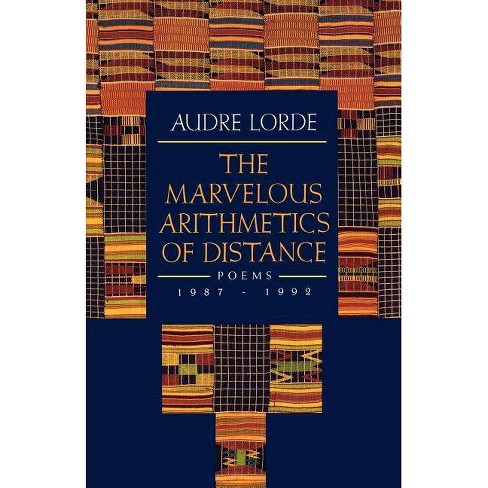 "This volume resonates with some of the finest poems Audre Lorde ever wrote: sinewy, lyrical, celebratory even in the face of death, and always political in the best sense. Now the poet is gone--but the work lives, and sings." --Robin Morgan

This collection, 39 poems written between 1987 and 1992, is the final volume by a major American poet whose concerns are international, and whose words have left their mark on many lives," in the words of Adrienne Rich. Audre Lorde (1934-1992) was the author of ten volumes of poetry and five works of prose. She was named New York State Poet in 1991; her other honors include the Manhattan Borough President's Award for Excellence in the Arts. The Marvelous Arithmetics of Distance was nominated for a National Book Critics Circle Award in 1994.
If the item details above aren’t accurate or complete, we want to know about it. Report incorrect product info.