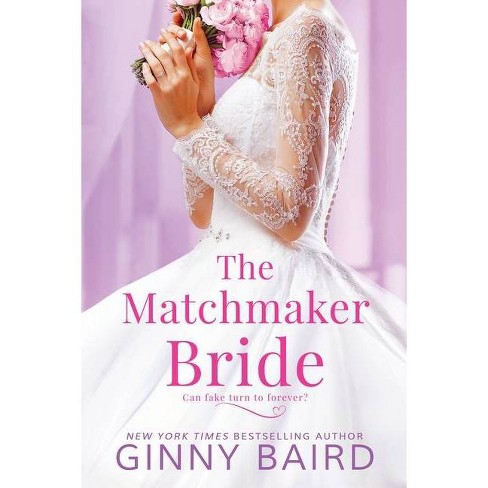 $7.99
new at target¬
Help us improve this page

Successful Boston matchmaker and television personality Meredith Galanes's reputation is on the line. During a guest appearance on a morning talk show, she's broadsided by questions about her own romantic attachments, just as she's trying to secure a syndication deal. Afraid to admit her love life is a total disaster, Meredith blurts out that she's seriously involved with a very special man--a boatbuilder in Maine. She never expects that small slip to get spun into a story about her supposed engagement. Or that the paparazzi will track the guy down... Derrick Albright is laid-back about many things. Being hounded by the press about some imaginary engagement to a woman he's only met once--and couldn't stand--isn't one of them. Then Meredith actually shows up at his cabin in Blue Hill, Maine, with an apology, a pot roast, and a proposal--play along until she secures her TV deal, and she'll help him win back his ex. It's a simple plan, but if they have any chance of pulling it off, they'll have to survive each other first... Each book in the Blue Hill Brides series is STANDALONE:
* The Duplicate Bride
* The Matchmaker Bride

New York Times and USA Today bestselling author Ginny Baird has published more than twenty-five novels and novellas. When she's not writing, Ginny enjoys cooking, biking, and taking long walks in the woods with her Labrador retriever. She lives with her own personal hero in Virginia, where the couple has created a welcoming nest for their blended family of six children and significant others. ginnybairdromance.com.
If the item details above aren’t accurate or complete, we want to know about it. Report incorrect product info.

Get it by Tue, Jul 27 with Express Shipping
Get it by from Wed, Jul 28 - Mon, Aug 2 with free Standard Shipping