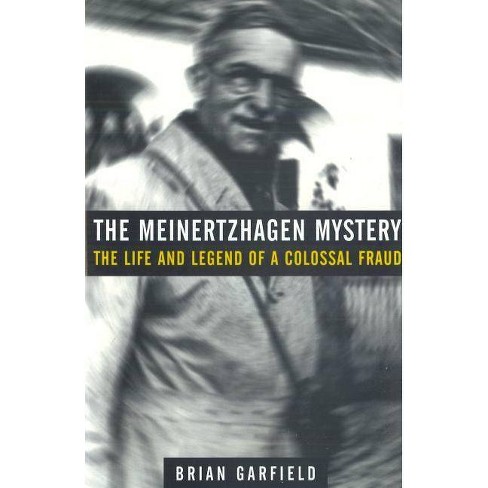 $20.49
no reviews yet
be the first!be the first! ratings
Shipping
Free standard shipping with RedCard
Loading, please wait...
Help us improve this page

Tall, handsome, charming Col. Richard Meinertzhagen (1878-1967) was an acclaimed British war hero, a secret agent, and a dean of international ornithology. His exploits inspired three biographies, movies have been based on his life, and a square in Jerusalem is dedicated to his memory. Meinertzhagen was trusted by Winston Churchill, David Lloyd George, Chaim Weizmann, David Ben Gurion, T. E. Lawrence, Elspeth Huxley, and a great many others. He bamboozled them all. Meinertzhagen was a fraud. Many of the adventures recorded in his celebrated diaries were imaginary, including a meeting with Hitler while he had a loaded pistol in his pocket, an attempt to rescue the Russian royal family in 1918, and a shoot-out with Arabs in Haifa when he was seventy years old. True, he was a key player in Middle Eastern events after World War I, and during the 1930s he represented Zionism's interests in negotiations with Germany. But he also set up Nazi front organizations in England, committed a half-century of major and costly scientific fraud, and -- oddly -- may have been innocent of many killings to which he confessed (e.g., the murder of his own polo groom -- a crime of which he cheerfully boasted, although the evidence suggests it never occurred at all). Further, he may have been guilty of at least one homicide of which he professed innocence. A compelling read about a flamboyant rogue, "The Meinertzhagen Mystery" shows how recorded history reflects not what happened, but what we believe happened.
If the item details above aren’t accurate or complete, we want to know about it. Report incorrect product info.