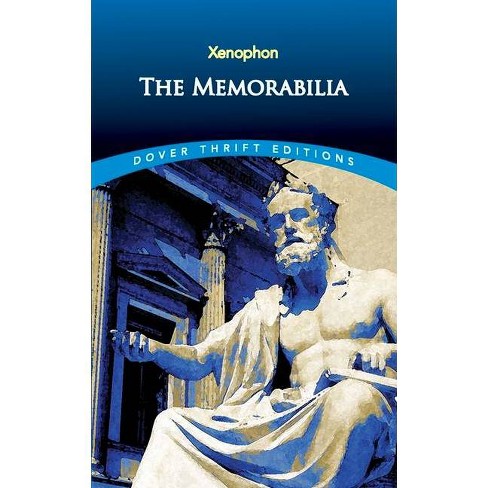 Composed many years after Socrates' death, these dialogues were assembled by one of the philosopher's former students and recapture many examples of his conversations with his disciplines and fellow Athenians.

Philosopher, soldier, and historian, Xenophon was a former student of Socrates who composed The Memorabilia many years after his teacher's trial and execution in 399 B.C. This collection of Socratic dialogues presents not the philosopher's actual defense to the Athenian court but rather a more general appreciation of his life and thought, although Xenophon does argue that Socrates was innocent of the formal charges against him: failure to recognize the gods of Athens, the introduction of new gods, and corruption of the youth.
This picture of Socrates differs substantially from that drawn by Plato, who focused on the ancient Greek sage's philosophy. Xenophon, on the other hand, offers many examples of the great philosopher's conversations with his students and fellow citizens, recounting more of the actual advice Socrates gave to those with whom he spoke. Accordingly, these dialogues offer a fascinating complement to the better-known works of Plato.

A philosopher, soldier, and historian of ancient Greece, Xenophon (c.430-354 B.C.) was a disciple of Socrates; he and Plato are the only two students whose records survive of the philosopher's conversation, life, and teachings. In the Anabasis and Hellenica, Xenophon reported on events of his own era; the former recounts his participation in a Persian civil war, and the latter provides an important account of the end and aftermath of the Peloponnesian War.
If the item details above aren’t accurate or complete, we want to know about it. Report incorrect product info.