The Mountain in the Sea - by Ray Nayler (Hardcover) 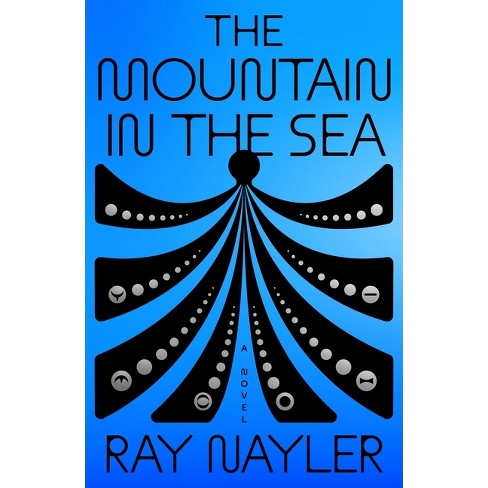 "Following a mysterious murder on an island off the coast of Vietnam, a research team convenes to study an octopus community that seems to be developing its own language and culture. Humans, AIs, and animals are swept up in the machinations of governments and corporations in this near-future thriller about the nature of intelligence"--

Humankind discovers intelligent life in an octopus species with its own language and culture, and sets off a high-stakes global competition to dominate the future.

Rumors begin to spread of a dangerous species of hyperintelligent octopus that may have developed its own language and culture. The marine biologist Dr. Ha Nguyen, who has spent her life researching cephalopod intelligence, will do anything for the chance to study them. The transnational tech corporation DIANIMA has sealed off the remote Con Dao Archipelago, where the octopuses were discovered, from the rest of world. Dr. Nguyen travels to the islands to join DIANIMA's team: a battle-scarred security agent and the world's first android. The octopuses hold the key to unprecedented breakthroughs in extrahuman intelligence. The stakes are high: there are vast fortunes to be made by whoever can take advantage of the octopuses' advancements, and as Dr. Nguyen struggles to communicate with the newly discovered species, forces larger than DIANIMA close in to seize the octopuses for themselves. But no one has yet asked the octopuses what they think. Or what they might do about it. A near-future thriller about the nature of consciousness, Ray Nayler's The Mountain in the Sea is a dazzling literary debut and a mind-blowing dive into the treasure and wreckage of humankind's legacy.

A novel that is alert, intelligent, open.
--Nicole Flattery, The New York Times

"[A] staggering book . . . In all my years as a science journalist, I could never quite get my head around the so-called hard problem of consciousness . . . It wasn't until I read Ray Nayler's The Mountain in the Sea that I truly understood it in my bones . . . [The Mountain in the Sea] has the clothes of a futuristic, eco-punk or cyberpunk thriller, the guts of a philosophy seminar and the soul of a religious tract."
--Phillip Ball, New Scientist "Exciting, cerebral, and surprisingly compassionate, The Mountain in the Sea shines a light on the importance of our fragile ecosystem. Read this riveting novel if you love fresh takes on science fiction or you're just fascinated by the mysteries of nature."
--Apple Books Review "Nayler's masterful debut combines fascinating science and well-wrought characters to deliver a deep dive into the nature of intelligent life . . . As entertaining as it is intellectually rigorous, this taut exploration of human--and inhuman--consciousness is a knockout."
--Publishers Weekly, starred review "Less a science-fiction adventure than a meditation on consciousness and self-awareness, the limitations of human language, and the reasons for those limitations, the novel teaches as it engages." --Kirkus Reviews "With a thriller heart and a sci-fi head, The Mountain in the Sea delivers a spooky, smart read. Artificial intelligence, nascent animal sentience, murderous flying drones: like the best of Gibson or Atwood, it brings all of the plot without forgetting the bigger questions of consciousness, ecocide, and scientific progress. Truly a one-of-a-kind story."
--Kawai Strong Washburn, author of Sharks in the Time of Saviors "I came to The Mountain in the Sea for the cephalopods (I love cephalopods), but I stayed for the fascinating meditation on consciousness and personhood. I loved this book."
--Ann Leckie, author of Ancillary Justice "Ray Nayler has taken on the challenge of a near future that's less certain than ever and made it gleam--not only with computer terminals and sentry drones (we love those, sure) but also polished coral and cephalopod eyes. From these pages, I got the sense of William Gibson, and Paolo Bacigalupi--and Donna Haraway, and Octavia Butler. This is a planetary science fiction and a profound new kind of adventure, featuring--among so many other wonders--the best villain I've read in years. In the end, the enormity and possibility of this novel's vision shook tears loose. What a ride; what a feeling; what a future."
--Robin Sloan, author of Mr. Penumbra's 24-Hour Bookstore and Sourdough "The Mountain in the Sea is a first-rate speculative thriller, by turns fascinating, brutal, powerful, and redemptive. The book poses profound questions about artificial and nonhuman intelligence, and its answers are tantalizing and provocative."
--Jeff VanderMeer, author of Annihilation "I loved this novel's brain and heart, its hidden traps, sheer propulsion, ingenious world-building, and purity of commitment to luminous ideas."
--David Mitchell, author of Cloud Atlas "The Mountain in the Sea is a wildly original, gorgeously written, unputdownable gem of a novel. Ray Nayler is one of the most exciting new voices I've read in years."
--Blake Crouch, author of Upgrade and Dark Matter

Ray Nayler's critically acclaimed short fiction has appeared in many magazines and anthologies, including The Very Best of the Best: 35 Years of The Year's Best Science Fiction. For nearly half his life, he has lived and worked outside the United States in the Foreign Service and the Peace Corps, including a stint as the environment, science, technology, and health officer at the U.S. consulate in Ho Chi Minh City. He currently serves as the international advisor to the Office of National Marine Sanctuaries at the National Oceanic and Atmospheric Administration.
If the item details above aren’t accurate or complete, we want to know about it.

Booked on a Feeling - by Jayci Lee (Paperback)

Meant to Be - by Emily Giffin (Hardcover)

Just Haven't Met You Yet - by Sophie Cousens (Paperback)

The City of Unspeakable Fear - by Jean Ray (Paperback)