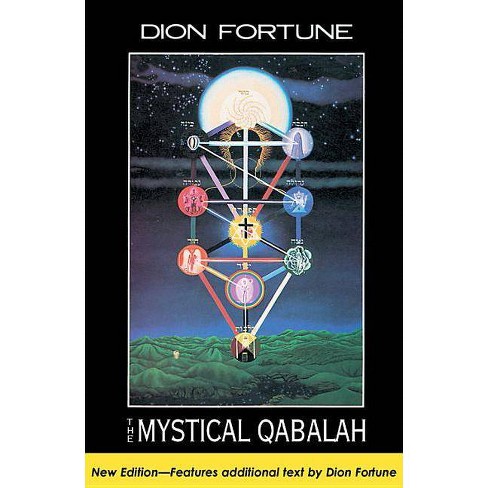 $16.89
0 out of 5 stars with 0 reviews
be the first!be the first! ratings
Shipping
Free standard shipping with RedCard
Help us improve this page

DION FORTUNE'S The Mystical Qabalah remains a classic in its clarity, linking the broad elements of Jewish traditional thought -- probably going back to the Babylonian Captivity and beyond -- with both Eastern and Western philosophy and later Christian insights. Dion Fortune was one of the first Adepts to bring this "secret tradition" to a wider audience. Some before her often only added to the overall mystery by elaborating on obscurity, but her account is simple, clear, and comprehensive.

The Qabalah could be described as a confidential Judaic explanation of the paradox of "the Many and the One" -- the complexity and diversity within a monotheistic unity. Whereas the Old Testament outlines the social and psychological development of a tightly knit "chosen group" culture, the supplementary Qabalah provides a detailed plan of the infrastructure behind the creative evolutionary process.

A major limitation of the Authorized English Version of the bible is the translation of the many Hebrew God-names by the single name, "God". The Mystical Qabalah devotes a chapter to each of the ten schematic "God-names", the qualities or "Sephiroth", which focus the principle archetypes behind evolving human activity: the Spiritual Source; the principles of Force and Form; Love and Justice; the Integrative principle or the Christ Force; Aesthetics and Logic; the dynamics of the Psyche; and finally, the Manifestation of life on Earth in a physical body.

The Mystical Qabalah works in a profoundly psychological way. Its lessons for the individual are invaluable and this book is a must for all who feel drawn to know themselves better so that their inner and outer worlds may be as one.

This revisededition includes an additional chapter of Fortune's original writing, an editorial update for contemporary readers, and a foldout with Tree of Life diagrams to facilitate study of the text.