The Next Accident (Reissue) (Paperback) by Lisa Gardner 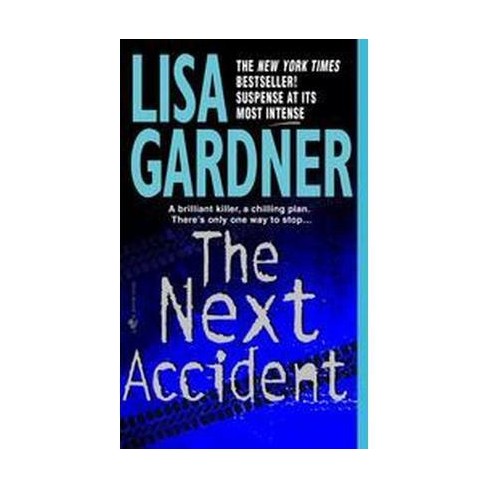 Risking everything to learn the truth about his daughter's death, called an accident by police, FBI Special Agent Pierce Quincy teams with former cop Rainie Conner on a desperate manhunt for a killer. This psychopath's most devastating weapon is an intimate knowledge of his victims' darkest fears. Another thing all the victims have in common--Quincy loved them.

New York Times bestselling author Lisa Gardner is at the top of her form as she takes us on a desperate manhunt for a killer who preys upon his victims' minds--just before he claims their lives. What do you do when a killer targets the people you love the most? When he knows how to make them vulnerable? When he knows the same about you? These are the questions that haunt FBI Special Agent Pierce Quincy. The police say his daughter's death was an accident. Quincy will risk everything to learn the truth--and there's only one person willing to help. Ex-cop Rainie Connor had once been paired professionally--and personally--with the brilliant FBI profiler. He helped her through the darkest days of her life. Now it's time for Rainie to return the favor. But this killer is like none these two hard-boiled pros have ever encountered. This twisted psychopath has an insatiable hunger for revenge...and for fear. As the clock ticks down to one unspeakably intimate act of vengeance, the only way Rainie can unmask this killer is to step directly in his murderous path. She will become a murder waiting to happen. She will be...the next accident.

"A suspense-laden, twist-filled tale that easily equals the best of Sue Grafton and Kathy Reichs."--Providence Sunday Journal "The suspense is constant!"--Plain Dealer