The Next Instalment - by Wendy Roy (Hardcover) 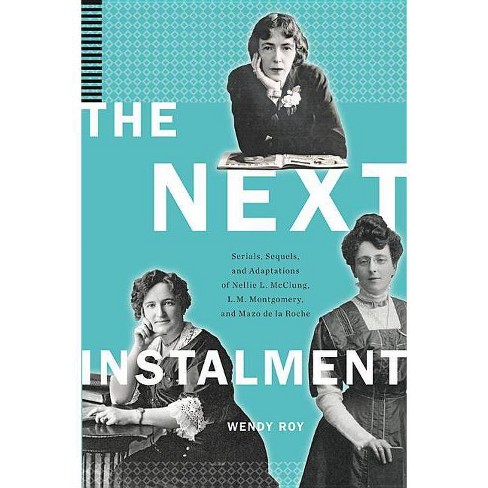 $85.99
no reviews yet
be the first!be the first! ratings
Shipping
Free standard shipping with RedCard
Loading, please wait...
Help us improve this page

What happens next? That was the question asked of early-twentieth-century authors Nellie L. McClung, L.M. Montgomery, and Mazo de la Roche, whose stories and novels appeared serially and kept readers and publishers in a state of anticipation.

Each author answered through the writing and dissemination of further instalments. McClung's Pearlie Watson trilogy (1908-1921), Montgomery's Anne of Green Gables books (1908-1939), and de la Roche's Jalna novels (1927-1960) were read avidly not just as sequels but as serials in popular and literary newspapers and magazines. A number of the books were also adapted to stage, film, and television.

The Next Instalment argues that these three Canadian women writers, all born in the same decade of the late nineteenth century, were influenced by early-twentieth-century publication, marketing, and reading practices to become heavily invested in the cultural phenomenon of the continuing story. A close look at their serials, sequels, and adaptations reveals that, rather than existing as separate cultural productions, each is part of a cultural and material continuum that encourages repeated consumption through development and extension of the originary story. This work considers the effects that each mode of dissemination of a narrative has on the other.