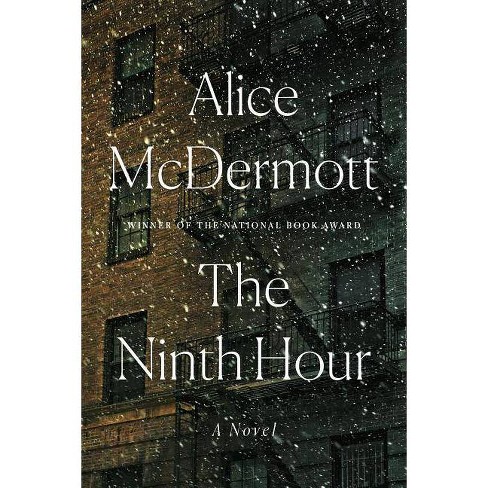 A magnificent new novel from one of America's finest writers--a powerfully affecting story spanning the twentieth century of a widow and her daughter and the nuns who serve their Irish-American community in Brooklyn.

A magnificent new novel from one of America's finest writers--a powerfully affecting story spanning the twentieth century of a widow and her daughter and the nuns who serve their Irish-American community in Brooklyn.

On a dim winter afternoon, a young Irish immigrant opens the gas taps in his Brooklyn tenement. He is determined to prove--to the subway bosses who have recently fired him, to his pregnant wife--"that the hours of his life belong to himself alone." In the aftermath of the fire that follows, Sister St. Savior, an aging nun appears, unbidden, to direct the way forward for his widow and his unborn child. We begin deep inside Catholic Brooklyn, in the early part of the twentieth century. Decorum, superstition, and shame collude to erase the man's brief existence. Yet his suicide, although never spoken of, reverberates through many lives and over the decades testing the limits and the demands of love and sacrifice, of forgiveness and forgetfulness, even through multiple generations. The characters we meet, from Sally, the unborn baby at the beginning of the novel, who becomes the center of the story to the nuns whose personalities we come to know and love to the neighborhood families with whose lives they are entwined, are all rendered with extraordinary sympathy and McDermott's trademark lucidity and intelligence. Alice McDermott's The Ninth Hour is a crowning achievement by one of the premiere writers at work in America today.

"Beautifully observed, quietly absorbing . . . This enveloping novel, too, is a tonic, if not a cure." --Heller McAlpin, NPR "[T]he precision of a master . . . [A] great novel." --The Wall Street Journal "Stunning... McDermott has created a haunting and vivid portrait of an Irish Catholic clan in early 20th century America." --The Associated Press "Brilliant... perhaps her finest work to date." --Michael Magras, The Houston Chronicle "A remarkable snapshot of early 20th-century Irish-Catholic Brooklyn." --Entertainment Weekly

"[B]eautifully crafted . . . McDermott illuminates every-day scenes with such precise, unadorned descriptions that the reader feels he or she is there, hidden in the background . . . [Everything] is treated with McDermott's exquisite language, tinged with her signature wit.... [A] novel to savor and to share." --Bookpage "McDermott is a poet of corporeal description . . . it's the way she marries the spirit to the physical world that makes her work transcendent . . . The Ninth Hour is a story with the simple grace of a votive candle in a dark church." --Sarah Begley, Time In this enveloping, emotionally intricate, suspenseful drama, McDermott lures readers into her latest meticulously rendered Irish American enclave. . . Like Alice Munro, McDermott is profoundly observant and mischievously witty, a sensitive and consummate illuminator of the realization of the self, the ravages of illness and loss, and the radiance of generosity. . . McDermott's extraordinary precision, compassion, and artistry are entrancing and sublime. . . This is one of literary master McDermott's most exquisite works. --Donna Seaman, Booklist, starred review "This seamlessly written new work from National Book Award winner McDermott asks how much we owe others, how much we owe ourselves, and, of course, McDermott's consistent attention to the Catholic faith, how much we owe God . . . In lucid, flowing prose, McDermott weaves her character' stories to powerful effect. Highly recommended." --Library Journal, starred review "McDermott delivers an immense, brilliant novel about the limits of faith, the power of sacrifice, and the cost of forgiveness . . . It's the thread that follows Sally's coming of age and eventual lapse of faith that is the most absorbing. Scenes detailing her benevolent encounters . . . are paradoxically grotesque and irresistible . . . McDermott exhibits a keen eye for character. --Publishers Weekly, starred review "Everything that her readers, the National Book Award committee, and the Pulitzer Prize judges love about McDermott's stories of Irish-Catholic American life is back." --Kirkus Reviews, starred review "The Ninth Hour by Alice McDermott: National Book Award winner McDermott is simply one of the finest living Catholic writers, and her new novel looks to capture the spirit of her previous work: families and cultures strained by the optimism of faith tempered by the suffering of reality. ... A generational novel sure to appeal to longtime McDermott fans, and to bring-in new readers as well." --The Millions "Extraordinary . . . Astonishing . . . Compelling . . . Surely there has never been as strong and clear-eyed a novel about kindness as Alice McDermott's The Ninth Hour . . . McDermott is yet again at the height of her formidable powers. This work of art comes to us at a time when, as much as ever, we need a call to compassion." --East Hampton Star "Any good and proper Most-Anticipated-Fiction list of mine will always start with Alice McDermott." --The Quivering Pen

"McDermott [is] the master of understated storytelling." --Washington Independent Review of Books Publishers Weekly Top 10 Literary Fiction Picks for Fall 2017 Excerpted in The New Yorker PRAISE FOR ALICE MCDERMOTT "McDermott has the soul of an archaeologist--excavating shards of the daily routine, closely examining the cracks and crevices of the human heart." --O Magazine "Exquisite. . . deft. . . filled with so much universal experience, such haunting imagery, such urgent matters of life and death." --The New York Times "Packed with complexity and emotion" --The Washington Post "Filled with subtle insights and abundant empathy and grace." --USA Today "Lyrical study of quotidian life. . . McDermott manages to write lyrically in plain language, she is able to find the drama in uninflected experience." --Los Angeles Times "With virtuosic concision, McDermott assembles this swirl of seemingly mundane anecdotes into a powerful examination of love, mortality, and 'the way of all flesh.'" --The New Yorker The micropoetry elevates the book from a gently story to a multilayered Our Town-like tale." --People "Each slide, each scene, from the ostensibly inconsequential to the clearly momentous, is illuminated with equal care." --The New York Times Book Review "The landscape of memory is a chiaroscuro in motion." --Boston Globe "That's the spectacular power of McDermott's writing: Without ever putting on literary airs, she reveals to us what's distinct about characters who don't have the ego or eloquence to make a case for themselves as being anything special." --Maureen Corrigan, Fresh Air, NPR "Extraordinary art woven out of ordinary lives." --The Quivering Pen "Gripping and resonant. . . In her own way, she achieves as much as the dazzling, muscular 'hysterical realists.' For she manages to break all the basic rules of writing--only quietly." --NPR "Almost without exception, each moment . . . is so thoroughly mined so that every story, nearly every thought it seems, reveals the true complexity of our lives." --The Coffin Factory "[McDermott] is a sublime artist of the quotidian." --San Francisco Chronicle "In beautifully understated language and an unerringly nimble free-associative narrative, McDermott weaves such an intimate complex life study that we feel each . . . accumulating loss until they become staggering." --Elle

Alice McDermott is the author of seven previous novels, including After This; Child of My Heart; Charming Billy, winner of the 1998 National Book Award; At Weddings and Wakes; and Someone--all published by FSG. That Night, At Weddings and Wakes, and After This were all finalists for the Pulitzer Prize. Her stories and essays have appeared in The New York Times, The Washington Post, The New Yorker, Harper's Magazine, and elsewhere. She is the Richard A. Macksey Professor of the Humanities at Johns Hopkins University.
If the item details above aren’t accurate or complete, we want to know about it. Report incorrect product info.