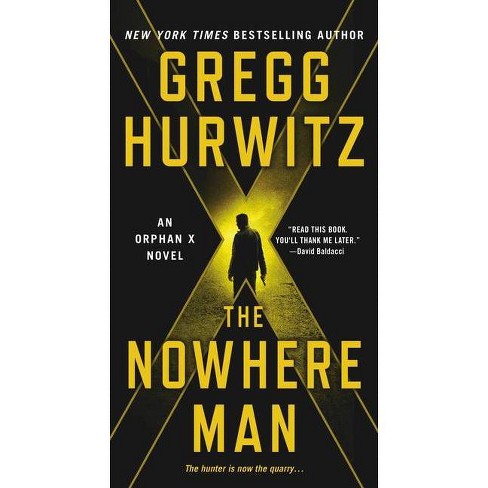 "Will keep readers on the edge of their seats."--Publishers Weekly (starred review)

Who is THE NOWHERE MAN? He is spoken about only in whispers. He comes to those in greatest need of his protection. There is no enemy he cannot fight. He lives by his own code. He takes no prisoners. His name is Evan Smoak. Taken from a group home when he was young, Evan was raised and trained as an Orphan, an off-the-books black box program designed to create the perfect deniable intelligence asset: An assassin. Evan was Orphan X--until he used everything he'd learned to disappear and reinvent himself as the Nowhere Man. But now, his new life has been interrupted by a surprise attack from an unlikely source. Captured, drugged, and spirited off to a remote location, Evan finds himself heavily guarded from everything he knows. His captors think they have him trapped and helpless in a virtual cage, but they do not know that they're dealing with one of the deadliest, most resourceful men on earth. "Superb on all levels and a must-read for all thriller fans."--Providence Journal "A masterpiece of suspense and thrills."--Associated Press on Orphan X

Praise for The Nowhere Man:

"Superb on all levels and a must-read for all thriller fans." --Providence Journal

Beautifully rendered... genius at work. --Winnipeg Free Press "Hurwitz knows how to put the reader deep in the mind of his hero as the pace never lets up." --Associated Press "Will keep readers on the edge of their seats... Hurwitz's engaging, sympathetic characters place this thriller above the pack." --Publishers Weekly (starred review) "A brilliant sequel. As good as Orphan X was, this is an even better novel, mostly because of its more claustrophobic setting, its captivating villain, and the way the author keeps ratcheting up the danger, including one really clever twist near the end of the book. Where there's Smoak, there's fire--and plenty of it." --Booklist (starred review) "Fans of Jack Reacher will love Evan Smoak, a man who will do anything to aid the innocent (something he never was)." --Library Journal Praise for Orphan X:

"Orphan X is the most gripping, high-octane thriller I've read in a long, long time. Hang onto your seat because Gregg Hurwitz will take you on a dizzying ride you'll not soon forget!" --Tess Gerritsen "Exciting and mind blowing! A perfect mix of Jason Bourne and Jack Reacher, ex operative Evan Smoak turns on the action and shows off all the right moves as he sets out to help the downtrodden, and perhaps save his own humanity along the way." --Lisa Gardner "This thriller [is] top-notch.... Turn off the real world and dive into this amazing start to a new series." --Associated Press

"The most exciting thriller I've read since The Bourne Identity. Fans of Jack Reacher, Mitch Rapp, and Jason Bourne will LOVE Evan Smoak, and the deadly, secret world of the Orphan Program. A new thriller superstar is born!" --Robert Crais "Orphan X blows the doors off most thrillers I've read and catapults the reader on a cat-and-mouse chase that feels like a missile launch. Read this book. You will thank me later." --David Baldacci

GREGG HURWITZ is the New York Times bestselling author of more than fifteen novels, including The Nowhere Man. His novels have been shortlisted for numerous literary awards, graced top ten lists, and have been published in 30 languages. He is also a New York Times bestselling comic book writer, having penned stories for Marvel (Wolverine, Punisher) and DC (Batman, Penguin). Additionally, he's written screenplays for or sold spec scripts to many of the major studios (The Book of Henry), and written, developed, and produced television for various networks. Gregg resides in Los Angeles.
If the item details above aren’t accurate or complete, we want to know about it. Report incorrect product info.