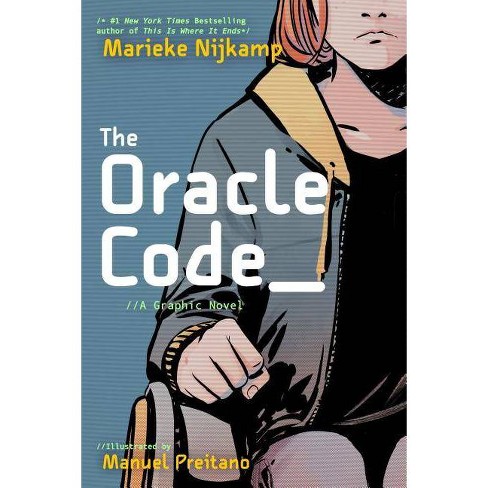 "After a gunshot leaves her paralyzed, Barbara Gordon enters the Arkham Center for Independence, where Gotham's teens undergo physical and mental rehabilitation. Now using a wheelchair, Barbara must adapt to a new normal, but she cannot shake the feeling that something is dangerously amiss"--

#1 New York Times bestselling author Marieke Nijkamp and artist Manuel Preitano unveil a graphic novel that explores the dark corridors of Barbara Gordon's first mystery: herself. After a gunshot leaves her paralyzed below the waist, Barbara Gordon undergoes physical and mental rehabilitation at the Arkham Center for Independence. She must adapt to a new normal, but she cannot shake the feeling that something is dangerously amiss. Strange sounds escape at night while patients start to go missing. Is this suspicion simply a result of her trauma? Or does Barbara actually hear voices coming from the center's labyrinthine hallways? It's up to her to put the pieces together to solve the mysteries behind the walls. In The Oracle Code, universal truths cannot be escaped, and Barbara Gordon must battle the phantoms of her past before they consume her future.

Marieke Nijkamp is the #1 New York Times bestselling author of This Is Where It Ends and Before I Let Go and the editor of the YA anthology Unbroken: 13 Stories Starring Disabled Teens. She is a storyteller, dreamer, globe-trotter, and geek. She resides in the Netherlands. Manuel Preitano is an Italian illustrator and graphic designer, and the co-creator of the Destiny, NY series. He has worked on a wide range of toy designs, book covers, illustrations, and comic books, both in the US and in his home country. He resides in Italy with his comic book collection and his beloved drawing tablet.
If the item details above aren’t accurate or complete, we want to know about it.

Even If We Break - by Marieke Nijkamp

Goosebumps: Secrets of the Swamp - by Marieke Nijkamp (Paperback)