The Osages, Volume 60 - (Civilization of the American Indian) by John Joseph Mathews (Paperback) 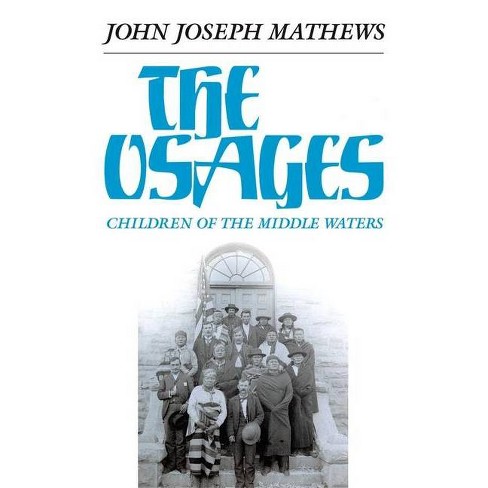 Perhaps once in a generation a great book appears on the life of a people--less than a nation, more than a tribe--that reflects in a clear light the epic strivings of men and women everywhere, since the beginnings of time. The Osages: Children of the Middle Waters is such a book. Drawing from the oral history of his people before the coming of Europeans, the recorded history since, and his own lifetime among them, John Joseph Mathews created a truly epic history. This account of the Osages, a Siouan tribe once centered in the area now occupied by St. Louis, later on small streams in southwestern Missouri and southeastern Kansas, then in northeastern Oklahoma, is a spiritual one. Their quest in the centuries-long record was for the meaning of Wah'Kon-Tah, the Great Mysteries. In war, in peace, in camps and villages, in their land of the Middle Waters, the Osages met all of the changes and hardships people are likely to meet anywhere. Mathews tells the Osages' story with rare poetical feeling, in rhythms of language and with dramatic insights that surpass even his first book, Wah'Kon-Tah: The Osage and the White Man's Road, which was selected by a major book club when published in 1932. Mathews managed his vast canvas with consummate skill, marking him as one of the major interpreters of American Indian life and history.
If the item details above aren’t accurate or complete, we want to know about it. Report incorrect product info.