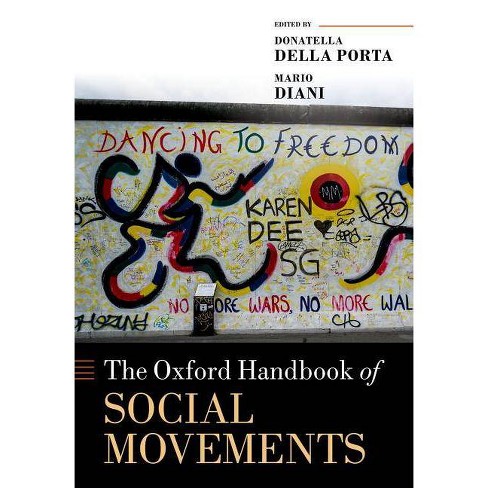 $45.49
0 out of 5 stars with 0 reviews
be the first!be the first! ratings
Shipping
Free standard shipping with RedCard
Help us improve this page

Donatella Della Porta is Professor of Political Science, Scuola Normale Superiore, and the Director of the Center, Social Movement Studies-Cosmos, Florence. She is also directs a major ERC project Mobilizing for Democracy, on civil society participation in democratization processes in Europe, the Middle East, Asia, and Latin America. Among her very recent publications are: Methodological Practices in Social Movement Research (Oxford University Press, 2014), Spreading Protest (ECPR Press 2014, with Alice Mattoni), Participatory Democracy in Southern Europe (Rowman and Littlefield, 2014, with Joan Font and Yves Sintomer), Mobilizing for Democracy (Oxford University Press, 2014), and Can Democracy be Saved? (Polity Press, 2013). In 2011, she was the recipient of the Mattei Dogan Prize for distinguished achievements in the field of political sociology. Mario Diani is Professor of Sociology at the University of Trento. His research focuses primarily on social movements, collective action, and political networks. Publications include The Cement of Civil Society: Studying Networks in Localities (Cambridge University Press, 2015), Social Movements (with Donatella della Porta, Blackwell, 2006), and Social Movements and Networks (co-edited with Doug McAdam, Oxford University Press, 2003), as well as articles in leading journals such as American Sociological Review, American Journal of Sociology and Social Networks. He was European Editor of Mobilization from 1997-2005 and a board member of INSNA-International Network for Social Network Analysis from 2010-2013.
If the item details above aren’t accurate or complete, we want to know about it. Report incorrect product info.