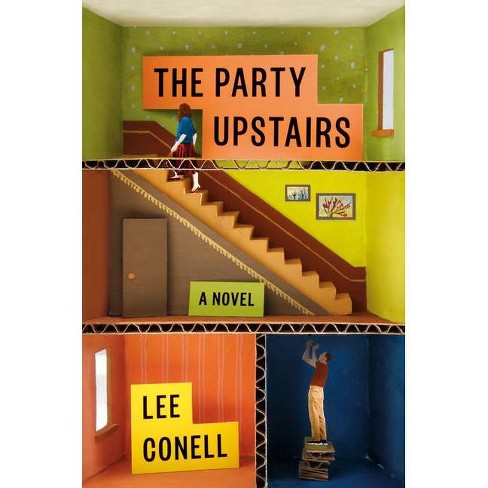 $26.00
new at target¬
no reviews yet
be the first!be the first! ratings
Release Date: coming soon!
Preorder for
Edit zip
Ships by release date with free standard shipping using RedCard
Help us improve this page

"Conell's smashing debut creates a vivacious microcosm of life inside a tony Manhattan co-op building . . . Conell's talent for storytelling, wicked sense of humor, and compassion for her characters will leave readers eager for her next book." --Publishers Weekly, starred review "A portrait of social class in New York City, The Party Upstairs is at once witty, spooky, and lively, with several realities all performing themselves simultaneously. Lee Conell is a maestro." --Lorrie Moore "Lee Conell is already one of my favorite writers, and The Party Upstairs is a triumphant debut novel. She writes with such precision, utilizing a sharp sense of humor, that the cuts go deep, so expertly placed, and you find yourself irrevocably changed. Conell's voice is wholly original, unafraid to work with issues of class and gender and family. A wonder in every way." --Kevin Wilson, author of Nothing to See Here and The Family Fang "The Party Upstairs made my pulse race. It builds its tensions expertly, like a thriller, unearthing suspense from the daily struggle to earn and keep a paycheck, the never-ending threat of job-loss and destitution. Lee Conell perceives everyone she writes about, rich and poor alike, with perfect clarity: on the one side those who gaze out on poverty as a kind of spectacle, on the other those who endure it as a kind of bombardment, and in the middle Martin and Ruby, the superintendent of an Upper West Side apartment building and his debt-ridden daughter, who pretend--but only pretend--that they're able to watch the bombs fall from afar." --Kevin Brockmeier, author of The Illumination "In The Party Upstairs Lee Conell follows Martin and Ruby, father and daughter, through a single day as they negotiate the exasperating occupants, living and dead, of the co-op where Martin works as the superintendent. Conell writes with wonderful wit and empathy about the importance of money, the longing for a larger life and the confusions between a parent and an adult child. An irresistible novel." --Margot Livesey, author of The Flight of Gemma Hardy and The Boy in The Field

"I savored every word of this funny, wise, and cool book. Ruby's post-college return to her parents' apartment in the basement of a building near the Museum of Natural History is hardly triumphal, yet on one March day and night she and her father--the building's super--manage to do and undo their best-laid plans and beliefs about who they are to each other and in the world. Lee Conell is profound, wise, and witty, and in The Party Upstairs has offered us all a manual for how to care for the spaces we inhabit and the people and events that upset our equilibrium in ways both good and bad--including ourselves. This novel will take its well-earned place among the enduring books about young women. It is serious-minded and relevant in the hardest times, and also offers the pleasures of a great party." --Alice Elliott Dark
If the item details above aren’t accurate or complete, we want to know about it. Report incorrect product info.