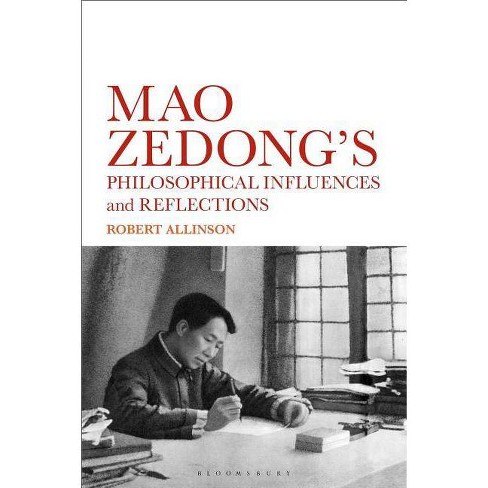 $26.99
0 out of 5 stars with 0 reviews
be the first!be the first! ratings
Shipping
Free standard shipping with RedCard
Help us improve this page

"Mao Ze Dong is celebrated (or cursed) as a revolutionary leader, but the philosophical foundation of his activity is largely ignored. In his superb study, Allinson fills in this lack. Mao's thought is not just located in its historical context; its complex references to the Chinese traditional thought, to Marx and Western philosophy, but also to modern sciences (quantum physics), are explored and documented. A new Mao thus emerges, a Mao whose radical acts are grounded in a thick texture of philosophical reflections. Allinson's Mao is indispensable for everybody who wants to understand not just Mao but the concatenation of philosophy and politics that characterized the twentieth century." --Slavoj Zizek, International Director of the Birkbeck Institute for the Humanities, University of London, UK

"Through extensive research, involving not only Mao's writings themselves but also the marginal notes he made on books he read, Allinson is able to trace the development of Mao's thinking over the course of his lifetime and to demonstrate the degree to which he was actively engaged with both the Chinese and Western philosophical traditions throughout. This is an invaluable contribution to our understanding of the intellectual history of China." --Michael Puett, Walter C. Klein Professor of Chinese History and Anthropology, Harvard University, USA

"Has it ever occurred to you to associate Mao with Aristotle or with the ancient Chinese Book of Changes, the Yijing? If you find it hard to believe, read this book by Robert Allinson who, in his own philosophical way, manages to inject new life and revived interest in this highly controversial but iconic figure which is still looming large behind the giant video screen of present day China." --Anne Cheng, Chair of Chinese Intellectual History, Collï¿½ge de France, Paris, France