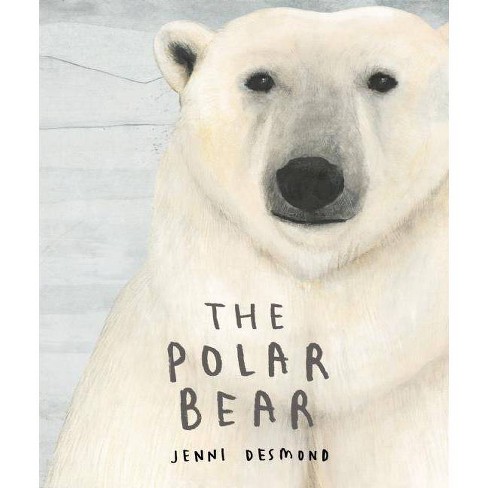 A New York Times Best Illustrated Children's Book of 2016 "Following the success of The Blue Whale, Desmond has delivered another poignant and refreshing look at these magnificent animals, threatened with extinction." --Picture Books Blogger ★"With a touch of metafictional flair, a young girl pulls this very book down from the shelf to read about polar bears and is immediately immersed in their fascinating world. She learns about their habitat, physical characteristics and adaptations, and feeding and hunting habits. The writing is engaging, and facts come at a fairly quick pace. The mixed-media artwork is charming; broad washes of color are balanced by lovely details of polar bears as they go about the business of their lives."--STARRED REVIEW, Jody Kopple, School Library Journal "An empathic illustrated invitation into the world of one of our planet's most vulnerable creatures."--Maria Popova, Brain Pickings "From the first page, Desmond creates an immediate bond with readers. She depicts a young girl reading a book, The Polar Bear, the same book we are also holding. Absorbed, the girl enters the narrative, discovering many facts about polar bears as she begins to follow one bear across the frozen Arctic. Although not consistently graceful ("On warm days, they [bears] might stretch out on their back with their feet in the air or lie down on their stomach"), the enumerative text is clear and informative. But it is the mixed-media collages that steal the show here. Whether depicting the vast polar landscape; or creating a diagram of the features of the polar bear (including bad breath!); or illuminating a text point, such as a female in her den; or using a chart to represent the bear's food sources, the double-page-spread illustrations add detail and depth to the text. The young girl, introduced initially, appears throughout, dancing under framed spot art clarifying the features of polar bear paws or laughing as she tries to avoid getting wet as the bear shakes off water. The narrative comes full circle with parallel events: a female bear gives birth, completing the journey through the seasons, and the young girl, now back home and finished with reading her book, curls up to sleep."--Betty Carter, The Horn Book
If the item details above aren’t accurate or complete, we want to know about it. Report incorrect product info.