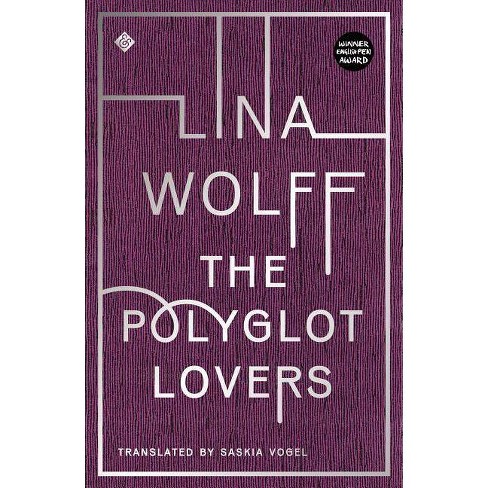 "Wolff's prose has a quality of 'otherness' entirely in keeping with the surreal atmosphere of the novel. This strange, provocative debut sits well alongside the work of Roxane Gay, Katherine Angel, Maggie Nelson, Zoe Pilger and Miranda July . . . a cool, clever and fierce addition to the canon of modern feminist literature." Sarah Perry, The Guardian

"The Polyglot Lovers is storytelling as a martial arts combination move, delivered with precision, style and glee." Sjï¿½n

"Lina Wolff is one of my favourite writers of our time. From apparently innocuous starting points, she weaves the darkness into her stories and lets men expose themselves as pitiable when they thought they were being witty and cynical. Her writing detonates just when you are smiling calmly." Yuri Herrera

"I loved The Polyglot Lovers by Lina Wolff (translated by Saskia Vogel), a funny, biting, and exhilaratingly shifty novel about literary revenge and the male ego." - Gabe Habash

"Mr. Houellebecq's books diagnose the soullessness of contemporary liberal democracies, where people futilely seek meaning for their lives in pornographic sex. The Polyglot Lovers shifts the focus from Mr. Houellebecq's destructive men to the women who are both victims of and accomplices to the cycle of narcissism. In Ms. Wolff's telling, intellectuals--the writers and theorists who wax poetically about falling in love--are the worst of the abusers." Sam Sacks, 'Fiction Chronicle', Wall Street Journal

"The edifice of male genius is annihilated in this galvanizing novel from Wolff...Firing on all cylinders from beginning to end, this story pulses with intellect and vitality unmatched by the literary barons it deposes." Book of the Week, Publishers Weekly

"Wolff upsets the applecart, mercilessly mocking male hegemony and skewering literary pretensions. What could have been angry and strident is instead caustic and mischievous: both a bracing wind and a breath of fresh air. Wolff's constant supply of fire, bite and wit are compelling forces." Malcolm Forbes, Star Tribune (Minneapolis)

"A highly enjoyable absurdist comedy about love and desperation." Joanna, Kavenna, The Guardian

"The edifice of male genius is annihilated in this galvanizing novel from Wolff. [...] Wolff orchestrates her divergent plots into riveting harmony, but more striking is the audacity with which she reveals Max and Ruben's reckless egoism. 'I'm an autodidact in male devastation, ' Claudia declares before sticking the final pin in Max's inflated persona. Wolff's novel proves the necessity of cultivating such a specialty. Firing on all cylinders from beginning to end, this story pulses with intellect and vitality unmatched by the literary barons it deposes." Publishers Weeklystarred review

"Like Virginie Despentes and Elfriede Jelinek, Lina Wolff stares the reader right in the eyes and speaks in a voice uniquely her own: The Polyglot Lovers is clear, stark, devastating." Joanna Walsh

"The Swedish author of Bret Easton Ellis and Other Dogs enjoys nothing more than savaging the myths of male authorship. Here she lays into notions of male genius, as her protagonist, Ellinor, finds herself entangled with a literary critic who is fixated on a narcissistic author who is in turn obsessed with real-life enfant terrible of French letters, Michel Houellebecq." ï¿½ngel Gurrï¿½a-Quintana, Financial Times

"Wolff's novel raises the following questions: how do we define literary genius, and who do we allow to define it for us?" Anna Vilner, The Arkansas International

"The Polyglot Lovers'blithe disregard for social norms and finer feelings is exhilarating; it's pitiless and scathingly funny." Lee Langley, The Spectator

"The Polyglot Lovers is a quiet rapture - unsparing, startling, mesmeric, and told with the soberest of grins." Yelena Moskovich, The TLS

"The Polyglot Lovers is an amusing take on modern life (literary and otherwise) and relationships between the sexes. All in all it makes for an interesting polychromatic fiction, a surprisingly ebullient story--carried along nicely by Wolff's entertaining and easygoing presentation--in a cleverly structured novel, its three separate parts neatly coming together by the end." Michael Orthofer, The Complete Review

"Keep an eye out for this one: The Polyglot Lovers is one of those rare birds that is both smart as hell and, in the parlance of our times, 'pace-y." Heather Cleary

"It's been a long time since I read something this unique, seething, wilful." Svenska Dagbladet

"What a novel! I'm totally charmed! I was completely absorbed by The Polyglot Lovers. . . it's really, really fabulous. Every sentence is great. [This] is a book to read and discover and read over and over again." Borï¿½s Tidning

"Wolff has written a kind of blackened, heart-rending satire on gender roles, in which the tempo of the pacily inventive - and downright gorgeous - prose complicates, enlivens and plays with the eloquent lovers she's taken it upon herself to portray." Kristofer Folkhammar, Aftonbladet

"You know when a novel is so thrilling that you just don't want it to end? That's what it was like reading Lina Wolff's third book The Polyglot Lovers. I have high expectations . . . and yet they were surpassed." Sydsvenskan

"The Polyglot Lovers is electric - it crackles with wit, ferocity and intelligence. We are lucky to have Lina Wolff." Elizabeth Perry, City Books, Hove

"The Polyglot Lovers is a testament to the temperamental nature of love and power, and the complexities that come with asserting one's own agency. This book is proof that irreverence and wit have a place in feminist theory. I was captivated from page one." Cristina Rodriguez, Deep Vellum Books, Dallas, TX

"Reading The Polyglot Lovers, I was struck once again by just how sharp a writer Wolff is. There are few writers out there capable of besting her. If she has a kindred spirit in contemporary fiction, it's Ottessa Moshfegh, with whom she shares a darkly funny and unflinching sensibility." Gary Perry, Foyles, London

"The Polyglot Lovers is an audacious and often very funny reckoning with the ways men view women by a novelist of rare talents. Lina Wolff, equal parts ferocious and sly, has proven herself one of our indispensable writers with this uppercut of a book." - Stephen Sparks, Point Reyes Books, Point Reyes, CA

"The Polyglot Lovers is a bracing and sharp exploration of identity, gender, and literature, told in prose and images that constantly unsettle the reader. It is also an exquisite act of literary revenge and should confirm Lina Wolff's status as a major voice in world literature." - Josh Cook, Porter Square Books, Cambridge, MA

"An exquisite and insightful dive into the delights and horrors of our constant search for human connection, and what happens when women decide to set fire to the literary male gaze." - Emma Ramadan, Riffraff, Providence, RI

"Lina Wolff's The Polyglot Lovers is a punch you in the face, grab you by the collar, and throw you across the room kind of novel. Brilliantly written, incisive and engaging, it is a stunning work. If you haven't yet (and why haven't you?) now would be a good time to add Wolff to your to-be-read pile." - Tom Flynn, Volumes Bookcafe, Chicago, IL