The Probability Pad - by T A Waters (Paperback) 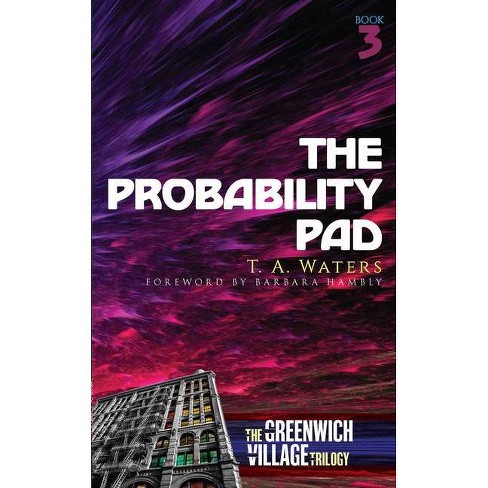 This Dover edition, first published in 2019, is an unabridged republication of the work originally printed by Pyramid Books, New York, in 1970"--Title page verso.

After a trip to San Francisco that led to an odyssey in search of a lost unicorn, time-traveling hippie heroes Chester, Michael, and T.A. return to New York City where they're confronted with duplicates of themselves -- and everyone else! To once again save the planet from an evil scheme by invaders from space, they'll have to take on the Hallucitron, a mind-blowing invention that produces illusions more powerful than those created by any drug.
Originally published in 1970 as "a freaked-out science-fiction fantasy -- blasting the outer limits of your mind!" The Probability Pad is the third book in the Greenwich Village Trilogy, a shared-world scenario written by three different authors, all of whom appear in the books as characters. Dover Publications returns this psychedelic adventure to print for the first time in nearly 40 years, along with its predecessors, The Butterfly Kid and The Unicorn Girl. This edition features a new Foreword by Barbara Hambly, former president of the Science Fiction and Fantasy Writers of America.

T. A. Waters (1938-98) was a magician and writer of magic books as well as a science-fiction author. His brochures and pamphlets on mentalism and bizarre magic are collected in the anthology Mind, Myth & Magick.
If the item details above aren’t accurate or complete, we want to know about it. Report incorrect product info.