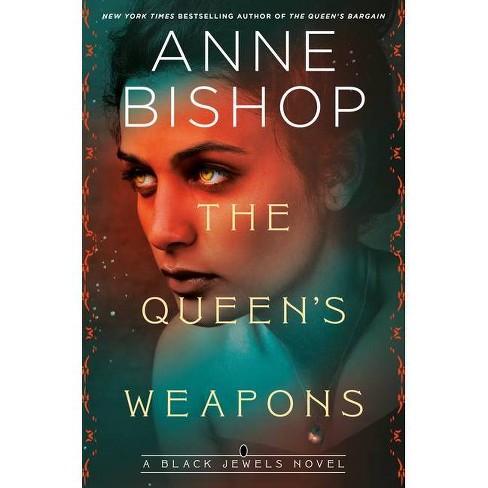 $28.00
new at target¬
0 out of 5 stars with 0 reviews
be the first!be the first! ratings
Help us improve this page

Enter the dark and sensual realms of the Black Jewels, a world where power always has a price, in this sweeping story in the New York Times bestselling fantasy saga. They are Warlord Princes, men born to serve and protect. They are the Queen's Weapons, men born to destroy the Queen's enemies--no matter what face that enemy wears. Daemonar Yaslana knows how to be bossy yet supportive--traits he shares with his father, the Demon Prince, and his uncle, the High Lord of Hell. Within his generation of the family, he assumes the role of protector, supporting his sister Titian's artistic efforts and curbing his cousin Jaenelle Saetien's more adventurous ideas. But when a young Eyrien Queen, someone Titian thought was a friend, inflicts an emotional wound, Daemonar's counterattack brings him under the tutelage of Witch, the Queen whose continued existence is known only to a select few. As Daemonar is confronted by troubling changes within and around the family, he sees warnings that a taint in the Blood might be reappearing. Daemonar, along with his father and uncle, must uncover the source of a familiar evil--and Daemon Sadi, the High Lord of Hell, may be forced into making a terrible choice.
If the item details above aren’t accurate or complete, we want to know about it. Report incorrect product info.