The Question of Painting - by Jorella Andrews (Paperback) 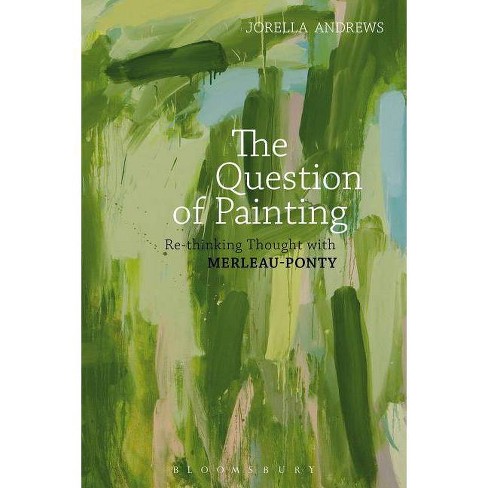 $39.95
new at target¬
0 out of 5 stars with 0 reviews
be the first!be the first! ratings
Help us improve this page

Since the latter half of the 20th century, committed art has been associated with conceptual, critical and activist practices. Painting, by contrast, is all too often defined as an outmoded, reactionary, market-led venture; an ineffectual medium from the perspective of social and political engagement. How can paintings change the world today?

The question of painting, in particular, fuelled the investigations of a major 20th-century philosopher: the French phenomenologist, Maurice Merleau-Ponty (1907-61). Merleau-Ponty was at the forefront of attempts to place philosophy on a new footing by contravening the authority of Cartesian dualism and objectivist thought-an authority that continues to limit present-day intellectual, imaginative, and ethical possibilities. A central aim of The Question of Painting is to provide a closely focused, chronological account of his unfolding project and its relationship with art, clarifying how painting, as a paradigmatically embodied and situated mode of investigation, helped him to access the fundamentally "intercorporeal" basis of reality as he saw it, and articulate its lived implications. With an exclusive and extended conversation about the contemporary virtues of painting with New York based artist Leah Durner, for whom the work of Merleau-Ponty is an important source of inspiration, The Question of Painting brings today's much debated concerns about the criticality of painting into contact with the question of painting in philosophy.
If the item details above aren’t accurate or complete, we want to know about it. Report incorrect product info.