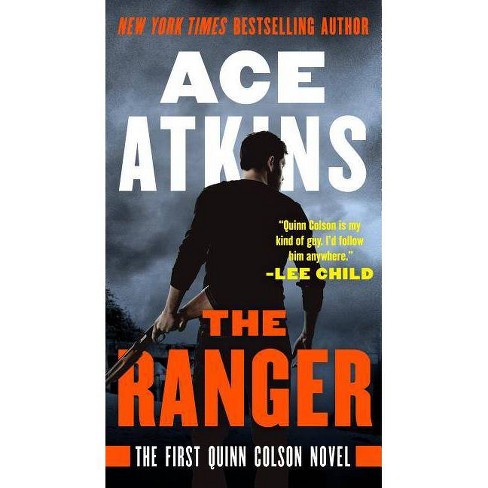 $6.89
MSRP$9.99
no reviews yet
be the first!be the first! ratings
Shipping
Free standard shipping with RedCard
Help us improve this page

Praise for The Ranger "I have always been impressed with (jealous of) how easy Ace Atkins makes it look. The Ranger is by far his best work...I hope Quinn Colson and Lillie Virgil stick around for a good long time."--Michael Connelly "Atkins has written a bunch of great thrillers, but this one sets up a series that should push him to the top of the bestseller list."--John Sandford "Goes for extreme thrills, complemented by in-depth character studies and a view to the motives that turn ordinary people corrupt. Lee Child's Jack Reacher and Greg Iles's Penn Cage will find a kindred spirit in U.S. Army Ranger Quinn Colson, Atkins's new take-charge hero."--South Florida Sun-Sentinel "A dark, headlong crime story set in the Mississippi hill country and teeming with corrupt officials, murderous meth dealers and Southern femmes fatales."--St. Petersburg Times

"Southern-fried noir."--The Washington Post "Has the down-and-dirty vibe of a '70s drive-in action picture."--Dallas Morning News "[His] estimable ranger may bring to mind Lee Child's hard fisted, soft hearted Jack Reacher, which is entirely a good thing."--Kirkus Reviews "Give this one to Stephen Hunter fans who like fast-moving plots and decisive good guys facing down evil."--Library Journal "Atkins kicks off a new series with a solid action packed yarn...Greg Iles fans will find much to like."--Publishers Weekly

More Praise For Ace Atkins's Quinn Colson Series "In Quinn Colson, bestselling author Ace Atkins has created an American hero in a time when we need him."--C. J. Box "Ace Atkins's Quinn Colson series is, quite simply, the best in crime fiction today--and also so much more. With a rich cast of characters, and a hero we can count on, these are tales of morality and desperation, of shocking violence and the enduring resilience of family and community. And the emotional places they take us make them unforgettable."--Megan Abbott "Quinn Colson is my kind of guy. I would follow him anywhere."--Lee Child "Atkins finds his natural-born storytellers everywhere. It's all music to these ears."--Marilyn Stasio, The New York Times Book Review
If the item details above aren’t accurate or complete, we want to know about it. Report incorrect product info.