The Reader - by Traci Chee (Paperback) 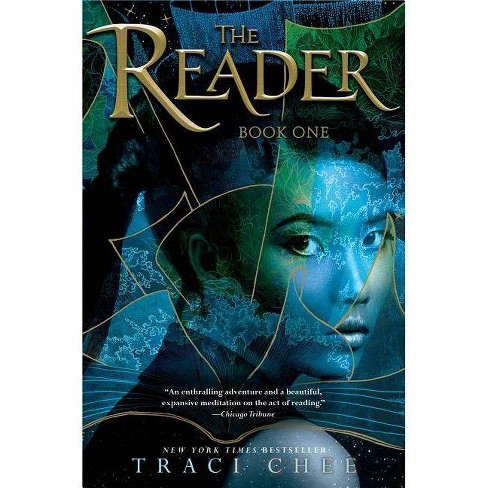 $8.99
MSRP$10.99
0 out of 5 stars with 0 reviews
be the first!be the first! ratings
Shipping
Free standard shipping with RedCard
Help us improve this page

Praise for The Reader: ★ "Commanding storytelling and vivid details, particularly of the magical process of reading, bring the story to life... the first of what promises to be an enchanting series."--Kirkus Reviews, starred review ★ "Deftly rendered in beautiful prose, narrated through three shifting time lines woven into an interconnected history of duty, honor, and magic. . . . This is a must-have for all those who value a good read with genuine character growth, mystery, unique world-building, adventure, unyielding bonds of loyalty, and pirates. . . . A fresh, diverse fantasy; highly recommended for fans of Cornelia Funke's Inkheart and female-powered adventures."--School Library Journal, starred review ★ "Chee's debut is an intricate, multilayered reading experience... An exploration of self-determination and the magic of the written word, Sefia's story is an absorbing introduction to the Sea of Ink and Gold series."--Publishers Weekly, starred review ★ "With evocative language, fascinating world building, multifaceted characters, and a compelling plot, this is a series fantasy lovers will want to sink their teeth into."--Booklist, starred review

"The Reader weaves golden threads through land, sea and the fabric of time in a complex web of powerful magic and dangerous words."--Shelf Awareness "Traci Chee's The Reader Could Be The Next Big YA Fantasy Series"--Bustle.com "I was spellbound from the first page. An utterly transportive tale of swashbucklers and sharpshooters, masterfully written. Traci Chee has penned a beautiful novel about the power of story, complete with a fantastic cast of characters and an expertly rendered fantasy landscape. This is a book you will not soon forget."--Renï¿½e Ahdieh, #1 New York Times bestselling author of The Wrath and the Dawn
If the item details above aren’t accurate or complete, we want to know about it. Report incorrect product info.