The Revolt of the Angels - by Anatole France (Paperback) 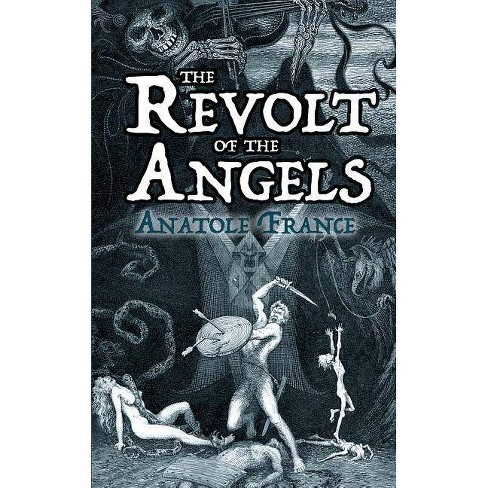 As in Paradise Lost, the angels are in rebellion. This 1914 satire of war, government, and religion offers an ever-resonant protest against violence and tyranny. Illustrations by Frank C. Papï¿½.

Books are missing from the archbishop's shelves and the librarian is helpless to explain until the culprit is revealed: Arcade, the clergyman's guardian angel, has been educating himself. Immersion in works of philosophy and science has convinced Arcade that God is a cruel tyrant. Revolution is the only answer, and Arcade joins a host of fallen angels to mount a rebellion that proposes to install Satan on the throne of heaven.
This 1914 novel by Nobel laureate Anatole France offers a brilliant satire of war, government, and religion. Published on the eve of World War I, the fable voices an ever-resonant protest against violence and despotism. The author's sense of humor brings a remarkably contemporary air to the Paradise Lost scenario, and stunning black-and-white illustrations by Frank C. Papï¿½ complement the tale's fantasy elements.

Poet, novelist, and journalist Anatole France (1844-1924) received the Nobel Prize in 1921 in recognition of his literary achievements. His works reflect an ironic and skeptical point of view, and his books were placed on the Roman Catholic Church's Index of Forbidden Books.
If the item details above aren’t accurate or complete, we want to know about it. Report incorrect product info.