The Rise of the Prophetic Voice - by Alph Lukau 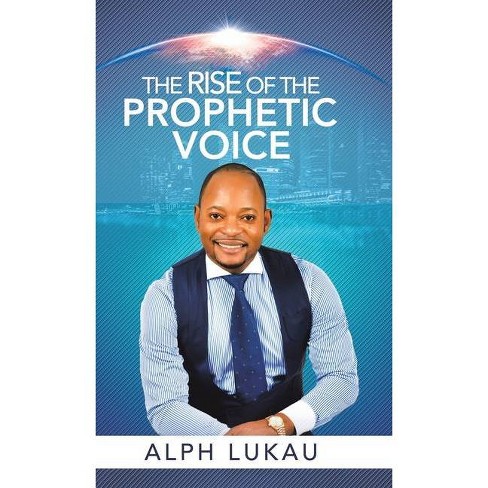 The Rise of the Prophetic Voice is an educational and revolutionary book that deals with biblical truths about the prophetic and its practical operation in our time. This book is a rare tool of the Holy Spirit, dedicated to shedding light about the prophetic to the body of Christ and to raising an end-time army of prophets for the Lord. The prophetic is the oldest and most documented ministry in the Bible, yet it is the least known in today's generation. No other ministry is known to be more effective in the Kingdom of God than the prophetic. The Bible, the most sacred book we have in the Kingdom of God, is a prophetic book; the birth of our Lord and Saviour Jesus Christ was a fulfilment of a prophetic word. God is restoring the prophetic in the church and calling all his sons and daughters to be prophetic. The world today glorifies individualism and independence from God as a pathway to freedom, rendering the very essence of God irrelevant. However, the well-informed, Spirit- led and powerful revelations in * Rise of the Prophetic Voice * demonstrate God's unfailing power and establishes his supremacy amongst men once again. This book will give you the biblical foundation of the prophetic, help you to discover your calling or gift in it and ignite in you its fire. Beyond all doubts, I believe this book will revolutionise the lives of its readers and restore the glory of the mighty God in the world.

Known as the apostle of faith Alph Lukau is a renowned author and power televangelist with hundreds of thousands of men and women under his direct leadership. He is the senior Pastor and General Overseer of Alleluia Ministries International which he has founded in February 2002 in Johannesburg, South Africa. He also owns a television channel called AMI TV that broadcasts via satellite all over Africa and Southern Europe. He is father of 6 and a devout husband to his First Lady; Celeste Lukau.
If the item details above aren’t accurate or complete, we want to know about it. Report incorrect product info.