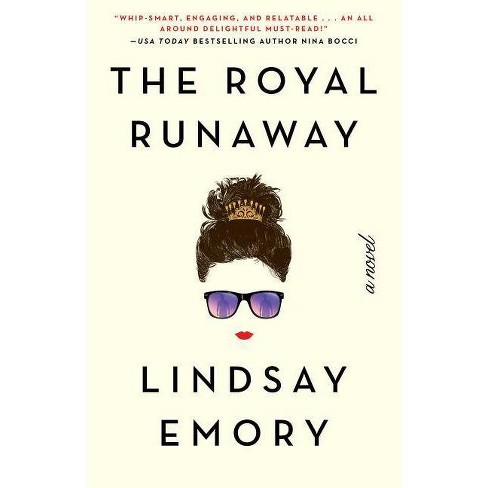 A "novel about a modern-day princess who teams up with a spy to find out what happened to the fiancâe who left her at the altar--and who just might get her own fairytale in the process"--Publisher marketing.

For fans of The Princess Diaries and The Royal We comes a fun and daring novel about a modern-day princess who teams up with a spy to find out what happened to the fiancé who left her at the altar--and who just might get her own fairytale in the process. Princess Theodora Isabella Victoria of Drieden of the Royal House Laurent is so over this princess thing. After her fiancé jilted her on their wedding day, she's finally back home after spending four months in exile--aka it's back to press conferences, public appearances, and putting on a show for the Driedish nation as the perfect princess they expect her to be. But Thea's sick of duty. After all, that's what got her into this mess in the first place. So when she sneaks out of the palace and meets a sexy Scot named Nick in a local bar, she relishes the chance to be a normal woman for a change. But just as she thinks she's found her Prince Charming for the night, he reveals his intentions are less than honorable: he's the brother of her former fiancé, a British spy, and he's not above blackmail. As Thea reluctantly joins forces with Nick to find out what happened the day her fiancé disappeared, together they discover a secret that could destroy a centuries-old monarchy and change life as they know it. Funny, fast-paced, and full of more twists and turns than the castle Thea lives in, The Royal Runaway is a fresh romantic comedy that will leave you cheering for the modern-day royal who chucks the rulebook aside to create her own happily-ever-after.

"The Royal Runaway is paced as swift as a speeding bullet, showcasing evocative action and an edgy romance. Absolutely killer!"-- "Romance Junkies (5 stars)"

"The Royal Runaway is the perfect royal romp, like The Princess Diaries meets James Bond, which I never knew the world needed until now. It does, trust me. Royal lovers like me will adore it, and rom com fans will love Lindsay Emory's fresh, fun voice." --Teri Wilson, author of Unleashing Mr. Darcy and Royally Wed

"Captivating! Full of twists and turns, The Royal Runaway will keep you guessing and cheering for a royal happily-ever-after!" --Geneva Lee, New York Times and international bestselling author of The Royals Saga

"Filled with intrigue, romance and a kingdom that feels real enough to visit, The Royal Runaway is sure to delight. It's a thoroughly modern fairy tale with characters whose motives will keep you guessing until the final pages. Prepare to be charmed by Thea, a duty-bound princess with an independent streak."--Victoria Schade, author of Life on the Leash

"Thea feels like Meg Cabot's Princess Mia flung into a John Le Carré novel as she deftly balances the humiliations a princess must endure with the far graver stakes of international spy-craft... The Royal Runaway should whet that appetite while providing a tantalizing (and entertainingly sarcastic) glimpse behind the decorum of the public face of a monarchy."-- "Entertainment Weekly"

"Whip-smart, engaging, and relatable, The Royal Runaway is an all around delightful must-read romance. I couldn't put it down!"--USA Today bestselling author Nina Bocci

"'Happily ever after' gets a refreshing update. This imaginative, absorbing, and empowering story is a must-read." -- "Kirkus Reviews, starred review"
If the item details above aren’t accurate or complete, we want to know about it. Report incorrect product info.