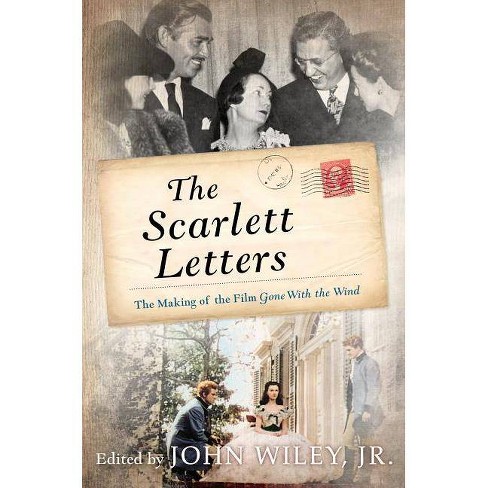 One month after her novel Gone With the Wind was published, Margaret Mitchell sold the movie rights for fifty thousand dollars. Fearful of what the studio might do to her story--"I wouldn't put it beyond Hollywood to have . . . Scarlett seduce General Sherman," she joked--the author washed her hands of involvement with the film. However, driven by a maternal interest in her literary firstborn and compelled by her Southern manners to answer every fan letter she received, Mitchell was unable to stay aloof for long. In this collection of her letters about the 1939 motion picture classic, readers have a front-row seat as the author watches the Dream Factory at work, learning the ins and outs of filmmaking and discovering the peculiarities of a movie-crazed public. Her ability to weave a story, so evident in Gone With the Wind, makes for delightful reading in her correspondence with a who's who of Hollywood, from producer David O. Selznick, director George Cukor, and screenwriter Sidney Howard, to cast members Clark Gable, Vivien Leigh, Leslie Howard, Olivia de Havilland and Hattie McDaniel. Mitchell also wrote to thousands of others--aspiring actresses eager to play Scarlett O'Hara; fellow Southerners hopeful of seeing their homes or their grandmother's dress used in the film; rabid movie fans determined that their favorite star be cast; and creators of songs, dolls and Scarlett panties who were convinced the author was their ticket to fame and fortune. During the film's production, she corrected erring journalists and the producer's over-the-top publicist who fed the gossip mills, accuracy be damned. Once the movie finished, she struggled to deal with friends and strangers alike who "fought and trampled little children and connived and broke the ties of lifelong friendship" to get tickets to the premiere. But through it all, she retained her sense of humor. Recounting an acquaintance's denial of the rumor that the author herself was going to play Scarlett, Mitchell noted he "ungallantly stated that I was something like fifty years too old for the part." After receiving numerous letters and phone calls from the studio about Belle Watling's accent, the author related her father was "convulsed at the idea of someone telephoning from New York to discover how the madam of a Confederate bordello talked." And in a chatty letter to Gable after the premiere, Mitchell coyly admitted being "feminine enough to be quite charmed" by his statement to the press that she was "fascinating," but added: "Even my best friends look at me in a speculative way--probably wondering what they overlooked that your sharp eyes saw!" As Gone With the Wind marks its seventy-fifth anniversary on the silver screen, these letters, edited by Mitchell historian John Wiley, Jr., offer a fresh look at the most popular motion picture of all time through the eyes of the woman who gave birth to Scarlett.
If the item details above aren’t accurate or complete, we want to know about it. Report incorrect product info.