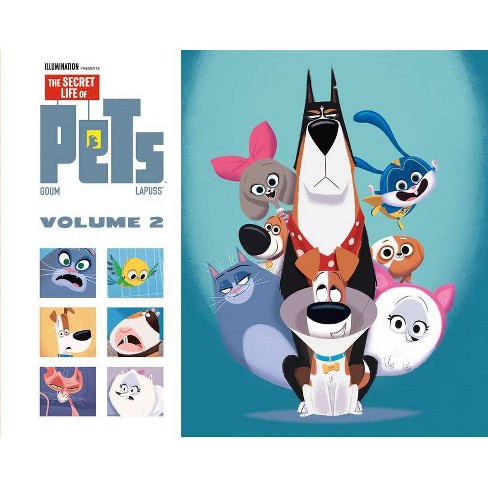 $9.99
new at target¬
no reviews yet
be the first!be the first! ratings
Release Date: coming soon!
Preorder for
Edit zip
Ships by release date with free standard shipping using RedCard
Help us improve this page

Based on acclaimed, #1, animated movie franchise and box-office smash Secret Life of Pets! Learn what your pets really get up to when you're not at home! Continuing the all-new, hilarious comic series, The Secret Life of Pets. Presented in a special landscape gift-book format. This new graphic novel based on Illumination and Universal's award-nominated The Secret Life of Pets 2 (2019), sees the continued adventures of everyone's favourite pets as they set out on an all-new adventure. The book introduces new characters including the Welsh Sheepdog Rooster, voiced by Harrison Ford (the first time the legendary actor has ever voiced an animated film). In Titan Comics' new The Secret Life of Pets series, written by Minions comic writer Stï¿½phane Lapuss', featuring art from Goum (Marsupilami), hilarious animal anarchy is unleashed and side-splitting antics ensue as the pampered pets embark on an all-new adventure with some all-new friends. Rejoin everyone's favorite pets, Max, Gidget, Snowball, Chloe, Duke, Buddy, Mel, Larry as they make new friends and embark on a whole new adventure.
If the item details above aren’t accurate or complete, we want to know about it. Report incorrect product info.