The Secret Recipe for Moving on - by Karen Bischer (Hardcover) 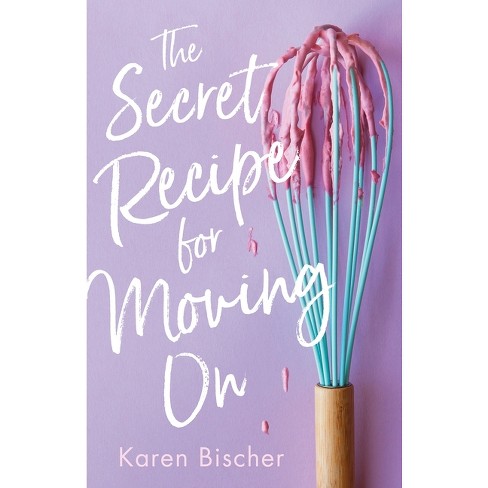 When her boyfriend Hunter dumps her, high school senior Ellie is forced to make new friends, while watching Hunter swoon over his new girlfriend.

When Ellie is dumped by her boyfriend, she's forced to make new friends (while watching her ex swoon over his new girlfriend) in The Secret Recipe for Moving On, a smart and funny YA debut from Karen Bischer.

Ellie Agresti's not sure anything could be worse than being dumped by her boyfriend, Hunter, the first day of senior year. But sharing a life skills class with him and his new girlfriend, Brynn? AND getting partnered with a family of misfits (A.J., the loudmouth; Isaiah, the horse-racing obsessive; and Luke, the tattooed stunt-biker)? It's a recipe for certain disaster...until an in-class competition allows Ellie to channel her angst into beating Hunter and Brynn's team, and she unexpectedly bonds with her own group-especially Luke-in the process. But as Ellie soon discovers, it will take more than classroom triumphs to heal her broken heart-and find herself again.

Karen Bischer has written short stories for Girls' World and Animal Tales magazines and currently works as a copyeditor. She lives in her native New Jersey, where she has never encountered Bruce Springsteen in the wild, but does have a cat named after a member of the E Street Band. When she's not writing, you can find her cheering on the Yankees or geeking out over her favorite TV shows. She is the author of The Secret Recipe for Moving On.
If the item details above aren’t accurate or complete, we want to know about it.

You'll Be the Death of Me - by Karen M McManus (Hardcover)

An Ember in the Ashes - by Sabaa Tahir

Moving at the Speed of Prayer - by Pernell Hill (Paperback)