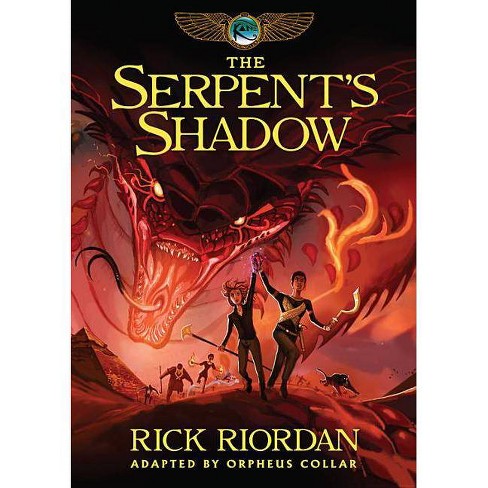 $14.49
MSRP$21.99
no reviews yet
be the first!be the first! ratings
Buy 2 get 1 free on select movies and kids' books
In-store or Online •
Shipping
Free standard shipping with RedCard
Loading, please wait...
Help us improve this page

Rick Riordan, dubbed "storyteller of the gods" by Publishers Weekly, is the author of five #1 New York Times best-selling middle grade series with millions of copies sold throughout the world: Percy Jackson and the Olympians, The Heroes of Olympus, and the Trials of Apollo, based on Greek and Roman mythology; the Kane Chronicles, based on Ancient Egyptian mythology; and Magnus Chase and the Gods of Asgard, based on Norse mythology. Rick collaborated with illustrator John Rocco on two #1 New York Times best-selling collections of Greek myths for the whole family: Percy Jackson's Greek Gods and Percy Jackson's Greek Heroes. Rick lives in Boston, Massachusetts with his wife and two sons. Follow him on Twitter at @camphalfblood.
Orpheus Collar is a graphic novelist and illustrator. He adapted, illustrated, and colored The Red Pyramid, The Graphic Novel, a New York Times best seller, and The Throne of Fire, The Graphic Novel. He also drew layouts for The Lightning Thief, The Graphic Novel and has contributed his coloring skills to numerous titles, including The Lost Hero, The Graphic Novel; The Amazing Spider-Man, and Ultimate X-Men. Orpheus lives in Los Angeles, California. Learn more at Orpheusartist.com
If the item details above aren’t accurate or complete, we want to know about it. Report incorrect product info.