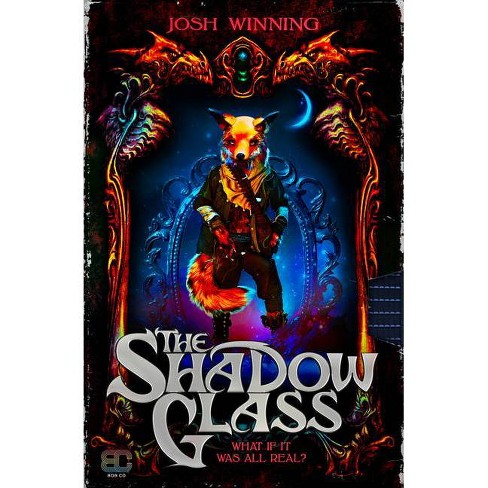 Dark Crystal meets About a Boy in a thrilling race against the clock to save the world in this nostalgia-infused adventure!
Jack Corman is failing at life. Jobless, jaded and on the "wrong" side of thirty, he's facing the threat of eviction from his London flat while reeling from the sudden death of his father, one-time film director Bob Corman. Back in the eighties, Bob poured his heart and soul into the creation of his 1986 puppet fantasy The Shadow Glass, a film Jack loved as a child, idolising its fox-like hero Dune. But The Shadow Glass flopped on release, deemed too scary for kids and too weird for adults, and Bob became a laughing stock, losing himself to booze and self-pity. Now, the film represents everything Jack hated about his father, and he lives with the fear that he'll end up a failure just like him. In the wake of Bob's death, Jack returns to his decaying home, a place creaking with movie memorabilia and painful memories. Then, during a freak thunderstorm, the puppets in the attic start talking. Tipped into a desperate real-world quest to save London from the more nefarious of his father's creations, Jack teams up with excitable fanboy Toby and spiky studio executive Amelia to navigate the labyrinth of his father's legacy while conjuring the hero within--and igniting a Shadow Glass resurgence that could, finally, do his father proud.

Josh Winning is a senior film writer at Radio Times. He is contributing editor at Total Film magazine, writer at SFX and Den of Geek, and the co-host of movie podcast Torn Stubs. He has been on set with Kermit the Frog (and Miss Piggy), devoured breakfast with zombies on The Walking Dead, and sat on the Iron Throne on the Dublin set of Game of Thrones. Josh lives in London and dreams of one day convincing Sigourney Weaver to yell "Goddammit!" at him.
If the item details above aren’t accurate or complete, we want to know about it. Report incorrect product info.

Get it by Tue, Mar 22 with Express Shipping
Get it by from Wed, Mar 23 - Mon, Mar 28 with free Standard Shipping