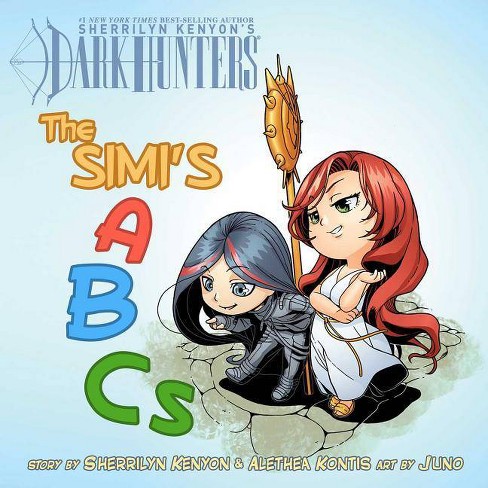 $16.99
MSRP$17.00
0 out of 5 stars with 0 reviews
be the first!be the first! ratings
Shipping
Free standard shipping with RedCard
Help us improve this page

#1 New York Times bestselling author Sherrilyn Kenyon lives a life of extraordinary danger...as does any woman with three sons, a husband, a menagerie of pets and a collection of swords all of the above have a major fixation with. But when not running interference (or dashing off to the emergency room), she's found chained to her computer where she loves to play with her imaginary friends. With more than sixty million copies of her books in print, in over one hundred countries, she certainly has a lot of friends to play with too. Her books appear regularly at the coveted #1 bestselling spot. This extraordinary bestseller continues to top every genre she writes. Her current series includes: The Dark-Hunters(R), The League(R), Chronicles of Nick(R), Deadman's Cross(TM), Nevermore(TM) and the upcoming Silent Swans(TM) and Shadows of Fire(TM). Since 2004, she has placed more than 80 novels on the New York Times list in all formats including manga. Alethea Kontis is a princess, author, fairy godmother, and geek. Author of over fifteen books and contributor to over twenty-five more, her award-winning writing has been published for multiple age groups across all genres, including science fiction, fantasy, horror, humor, contemporary and paranormal romance, poetry, graphic novels, Twitter serials, and non-fiction. A former child actress, Alethea hosted over 55 episodes of "Princess Alethea's Fairy Tale Rants" on YouTube, and continues to host Princess Alethea's Traveling Sideshow every year at Dragon Con. She enjoys audiobook and podcast narration, speaking at middle schools across the country (in costume, of course), and one day hopes to make a few more movies with her friends. Alethea currently resides on the Space Coast of Florida with her teddy bear, Charlie. Find out more about Princess Alethea and the magic, wonderful world in which she lives here: https: //www.patreon.com/princessalethea
If the item details above aren’t accurate or complete, we want to know about it. Report incorrect product info.